The project for the Hotel Dos Casas is the vision of a Mexican office on San Miguel de Allende that, unlike most of the spaces that stand out in the place, have been rehabilitated by foreigners and their vision is different. Our commitment was to show how, by respecting the guidelines of the state of Guanajuato, a unique environment in the area could be achieved without having to resort to techniques or rustic finishes in spaces and furniture. 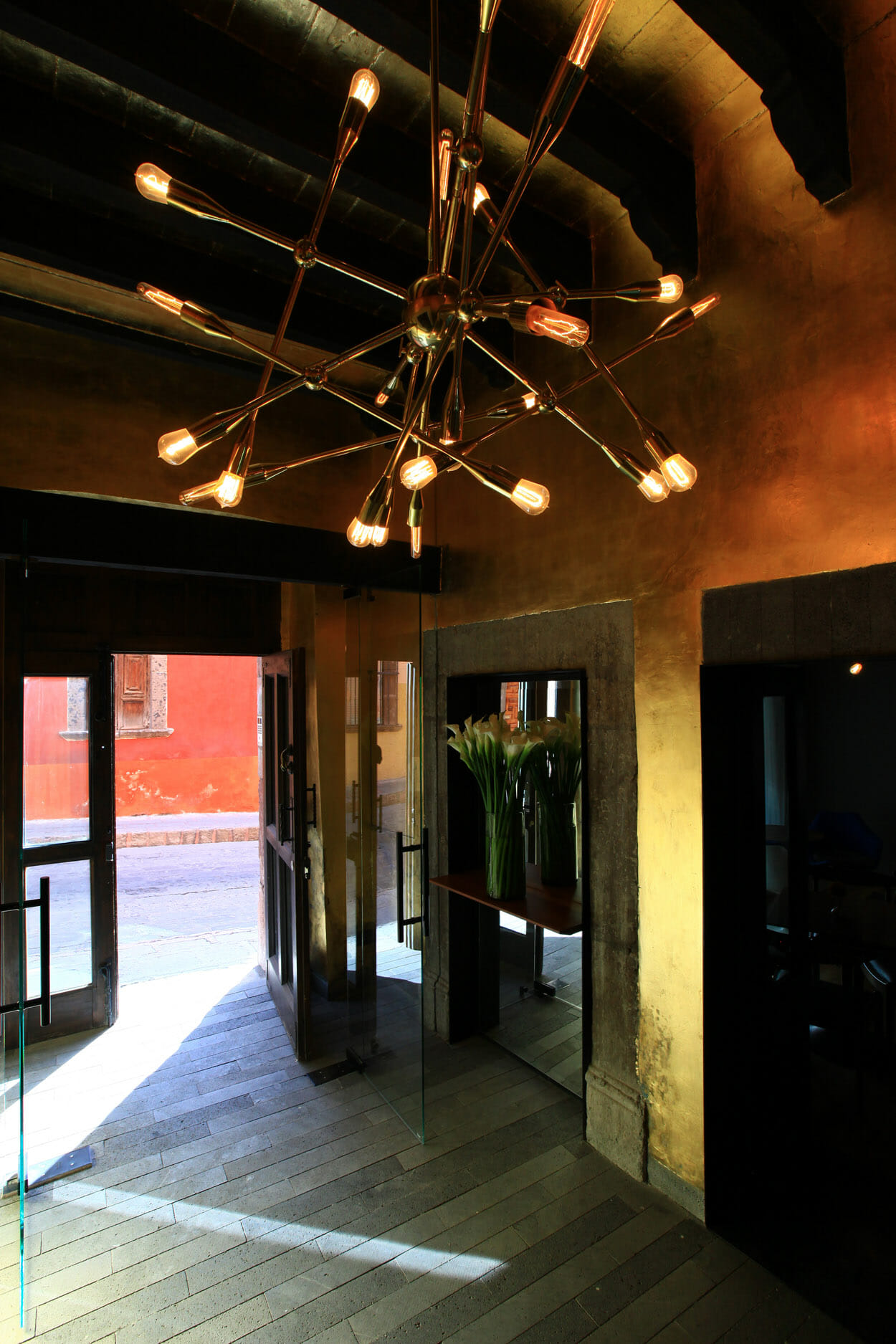 The inspiration for the environments comes from a Barcelona chair – which is currently a classic – and in San Miguel de Allende a large number of the buildings in the historic center are also classics from the beginning of the last century. Dos Casas is the meeting point between design lines that have marked milestones in the world and the design lines that are part of the history of this magical place.

The biggest challenge in this project was to make the two houses work with the original facilities and that both were adapted to the new requirements of the functions to be developed. Another important aspect is the great opportunity to bring the public closer to a space where contemporary design is highlighted approached from a different and purposeful point in which stories are linked and time stops. 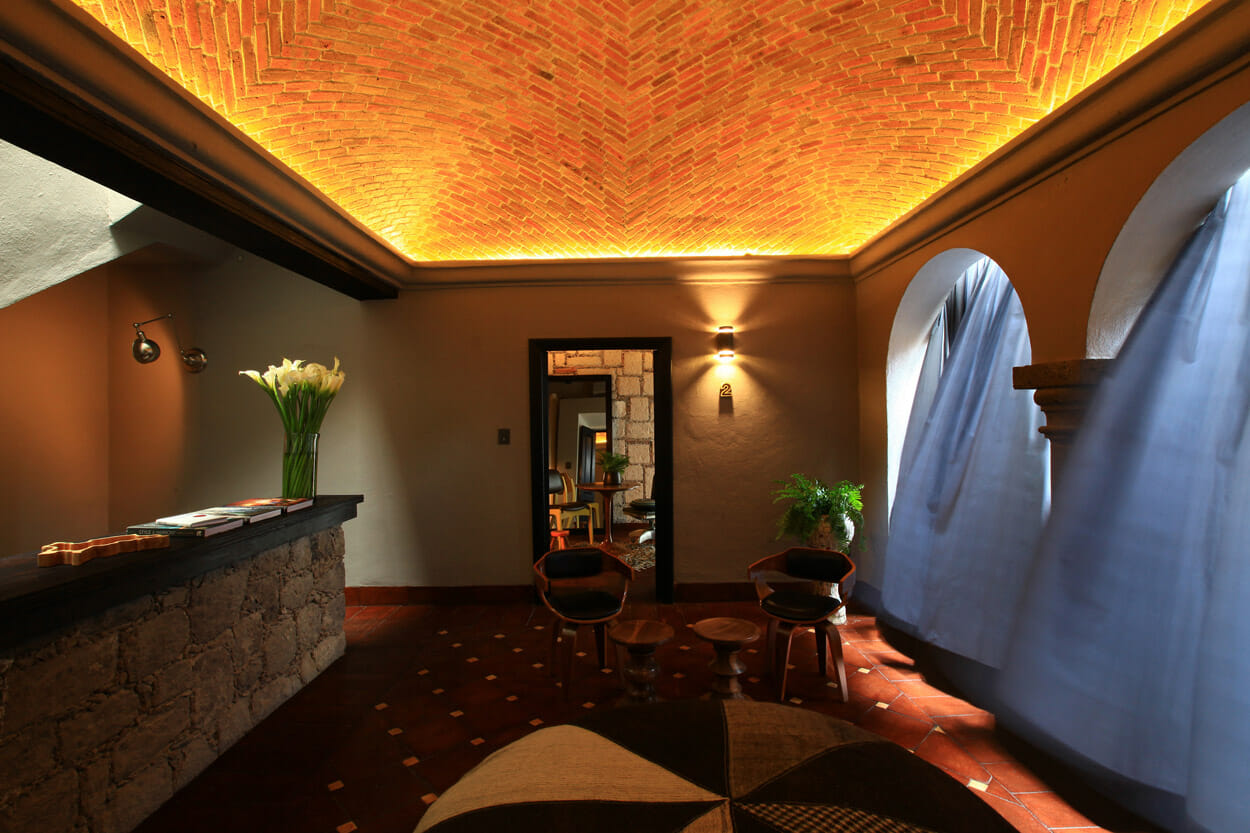 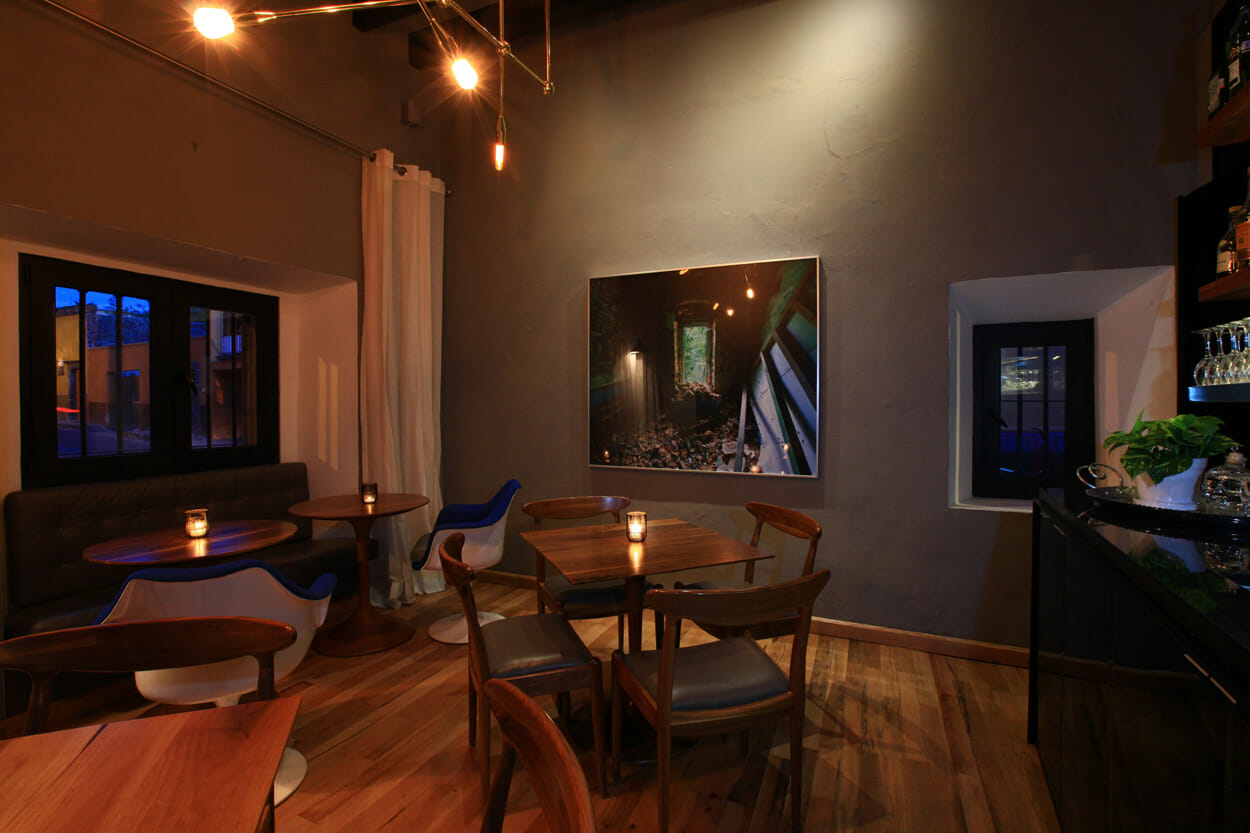 There was a large space between the two houses that, far from becoming a problematic element, became a space for union and better use of the two buildings, resulting in a hall that serves as a transition between one house and another, as well as a location of the services of the public areas.

It was intended that by merging the two original structures a dialogue would be created between them and with the urban context. This was achieved using materials from the area, as well as a selection of a specific color palette, supporting the design proposal in the regulations for works and constructions of the municipality of San Miguel de Allende, Guanajuato and INAH. 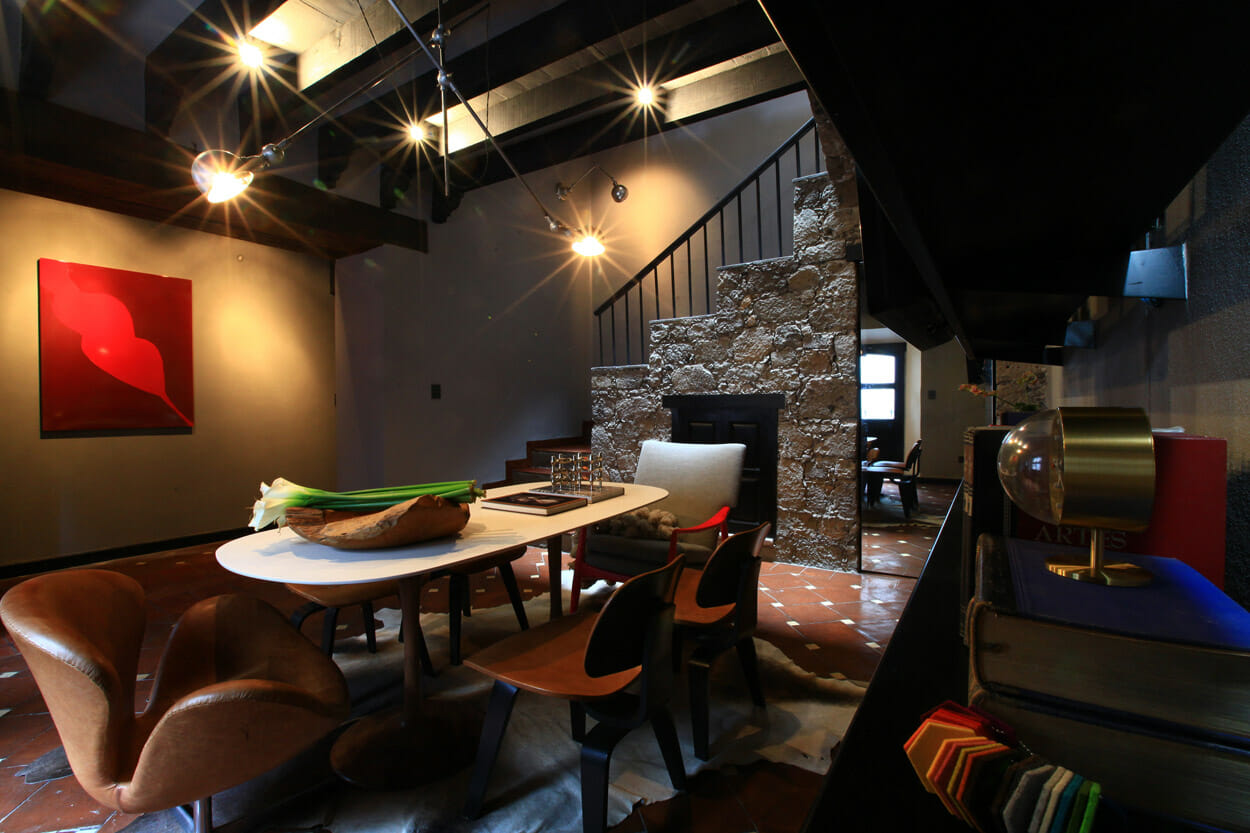 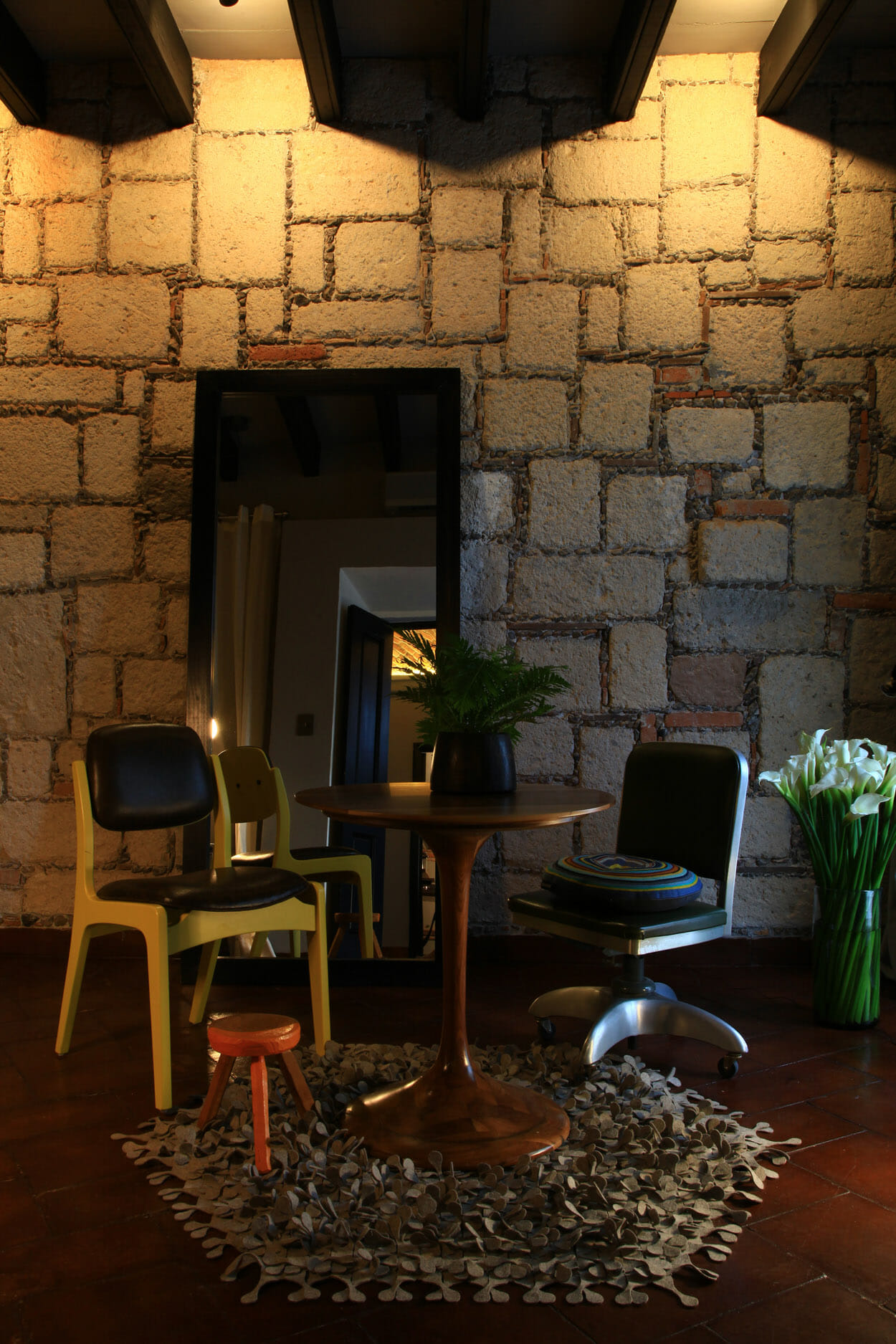 Original artisanal construction techniques were used to solve the different structural problems, this in order to adequately integrate them into their context in an attractive way, these techniques were supported with studies of soil mechanics with which it was possible to structurally reinforce the structures. buildings without damaging their original state. 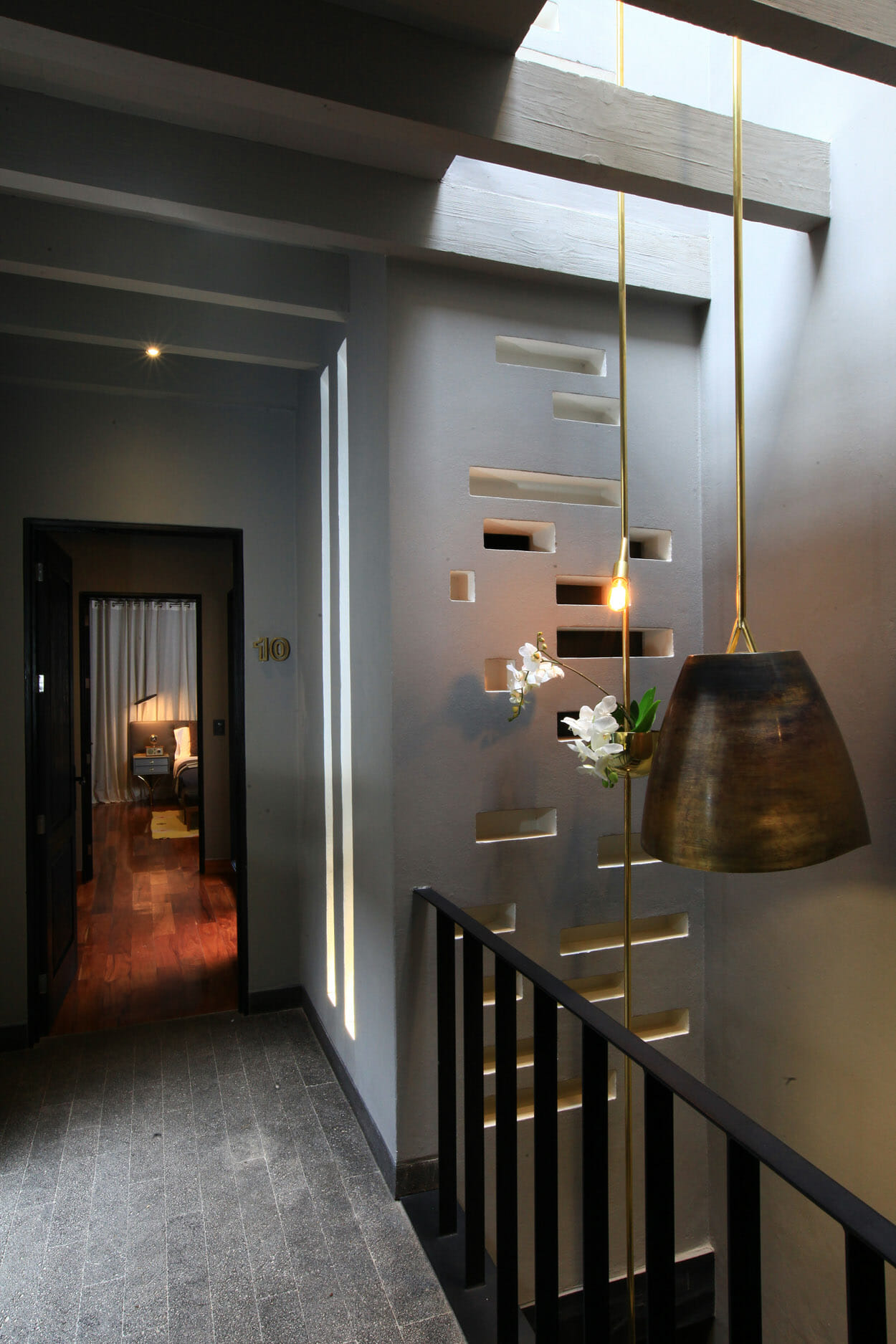 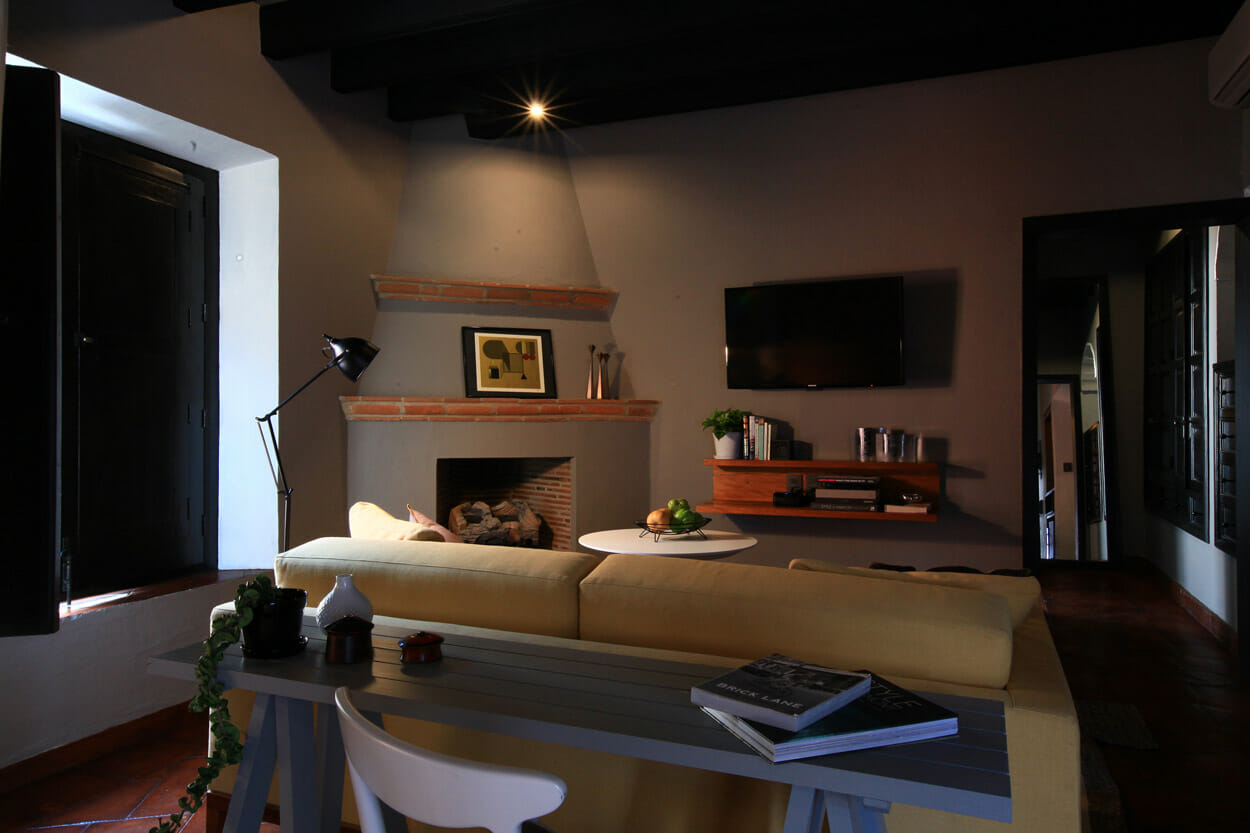 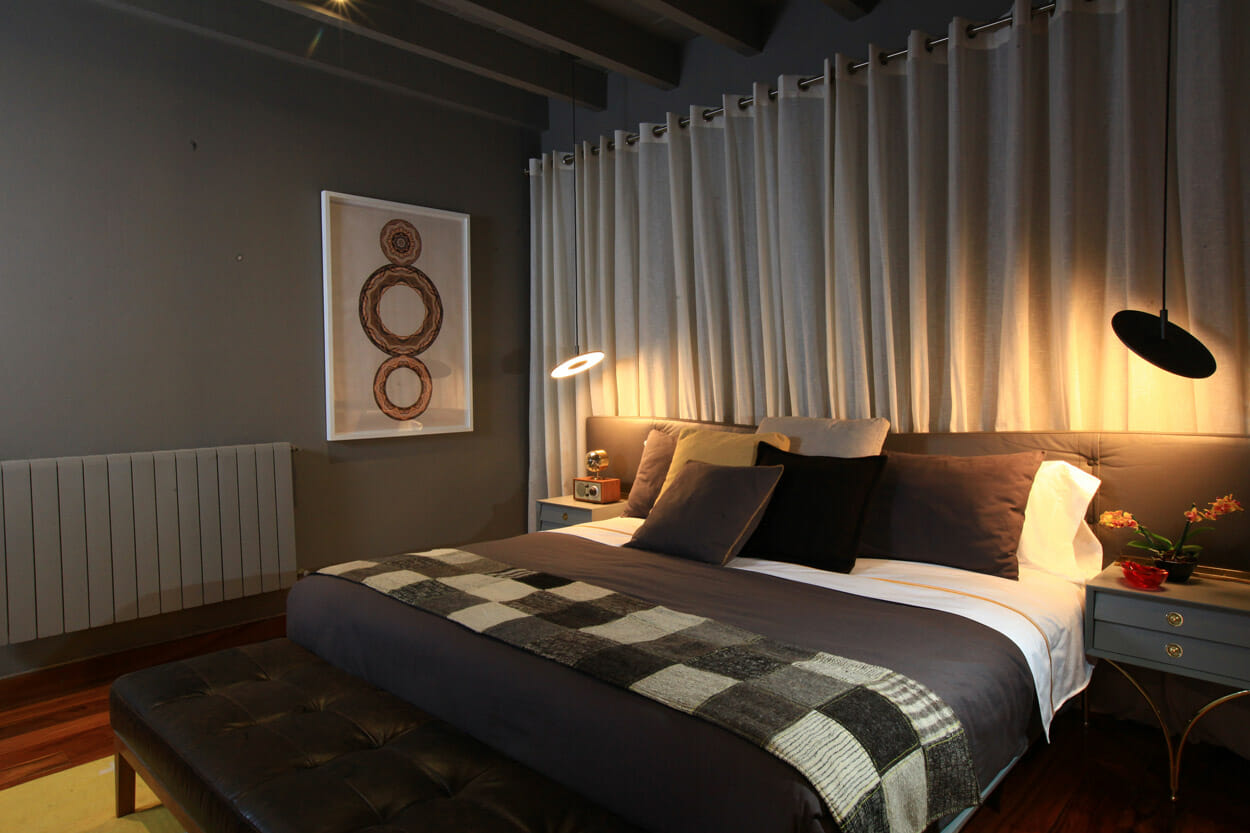 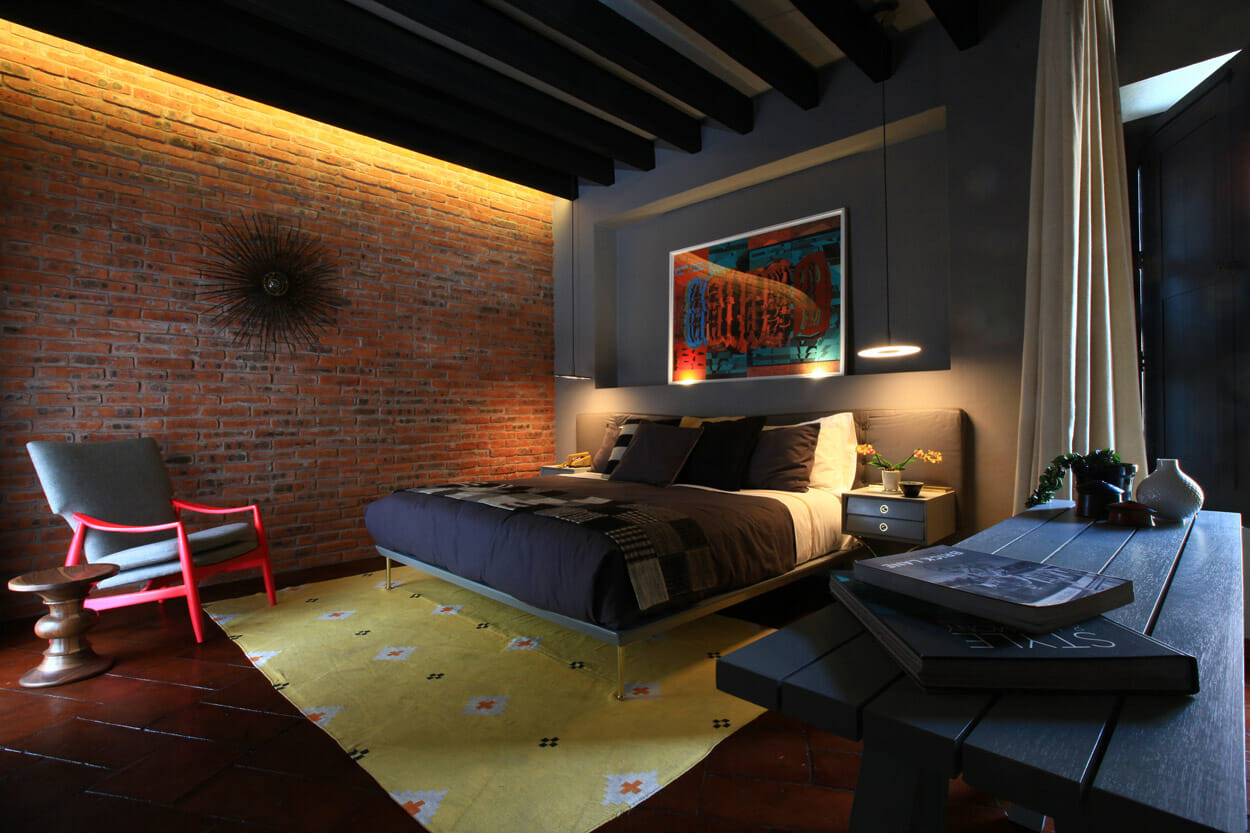 He studied architecture at the Universidad Iberoamericana in Mexico City. Once he finished his graduate studies he knew he needed to go deeper into the spaces, because at the university the projects were done to satisfy a function, without achieving the ultimate goal; to create full environments that take into account everything: materials, lighting and furniture, something that has always thrilled him. He then signed up for the Interior Design diploma course at the same university, and that is where he realized that interior design was also his passion. His vast experience in architecture and interior design has led him to thoroughly grow professionally. He has also been fortunate enough to collaborate in important projects such as the Mandarin Oriental Riviera Maya, now the Blue Diamond Riviera Maya in Mexico’s Caribbean Coast as a member of architect Gilberto Borja’s team at Baia Group. Years later, as a partner of Muro Rojo Arquitectura, he participated in the development of many outstanding projects that have received important awards such as the Hotel Brick in Mexico City, restaurant Cumpanio in San Miguel de Allende, Guanajuato and Hotel Bö in San Cristobal de las Casas, Chiapas, just to mention a few. Today he is the director of his own firm: Germán Velasco Arquitectos, specialized in hotels, restaurants and residential architecture and interior design projects. For Germán and his team, each project is a new challenge in which they rewrite the rules by being: different, proposing and sometimes even irreverent.