As you stand in front of the multicolored reception booth, you realize you are on the edge of entering into a dreamlike mist.

A burst of color coming out to the sidewalk in contrast to the daily gray that is discovered by the walker from the neon color-schemes suggesting a fascinating interior atmosphere. In the corridors and the perimeter circulation we observe the originality in the materials, finishes and design that jump in front of our eyes preventing the opportunity of analysis.

It is pure sensation. Walls that are stripped down to reveal its history, a lounge that can be used to sunbathe or enjoy a croissant, skeins of cable, a lot of metal, OSB wood and apparent brick that at the same time gives a warm feeling mixed with Mexican colors that represent the concept of the new chain to which the hotel belongs. 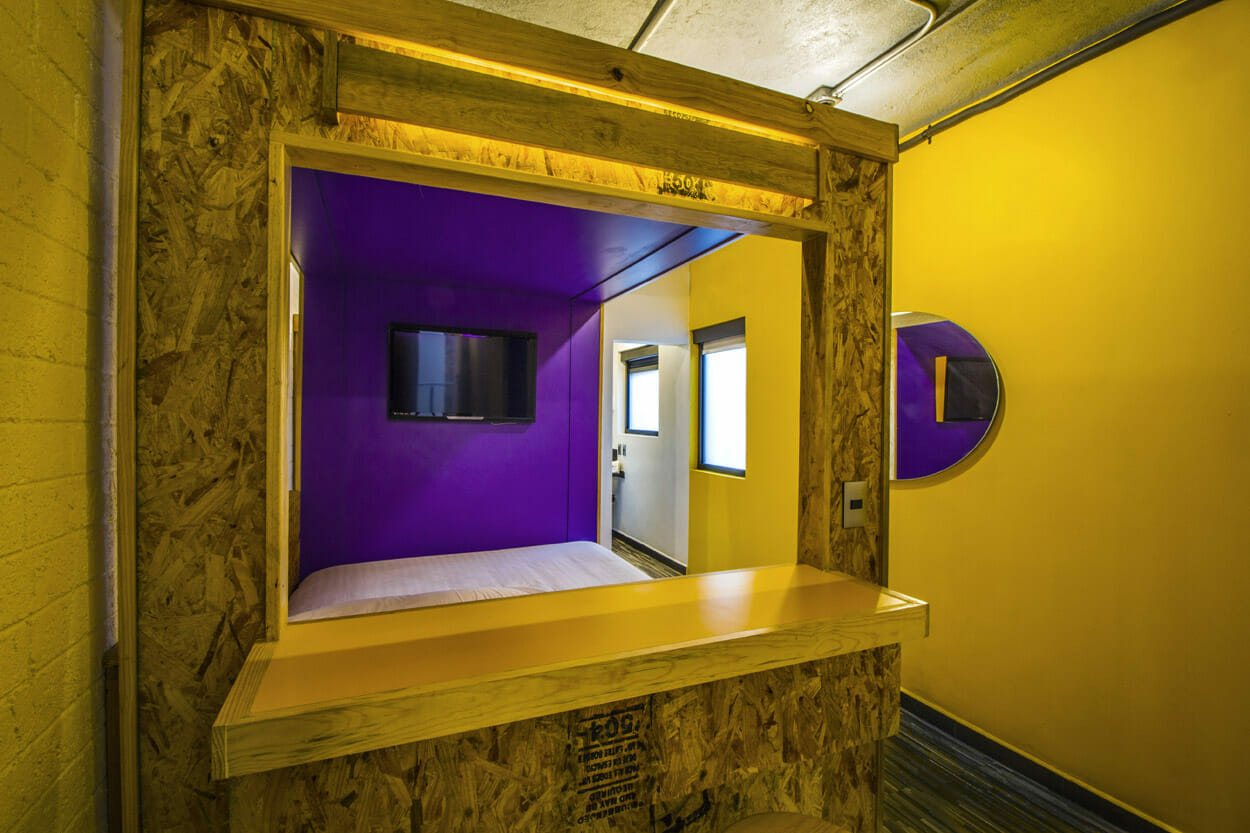 The “Pack” concept in the interior is dominant, which is based on materials and industrial container design. Not in vain, the previous name of the hotel was “Bonampack”, Bon + Pack, which served as inspiration and defined the unusual character of this hotel.

We suddenly lose ourselves in the realm of a ship. In the cabins: oval floating mirrors and beds suspended in space, corners to be enjoyed with a drink, furniture extracted from the imaginary of our culture, fire in the colors and accents of light. 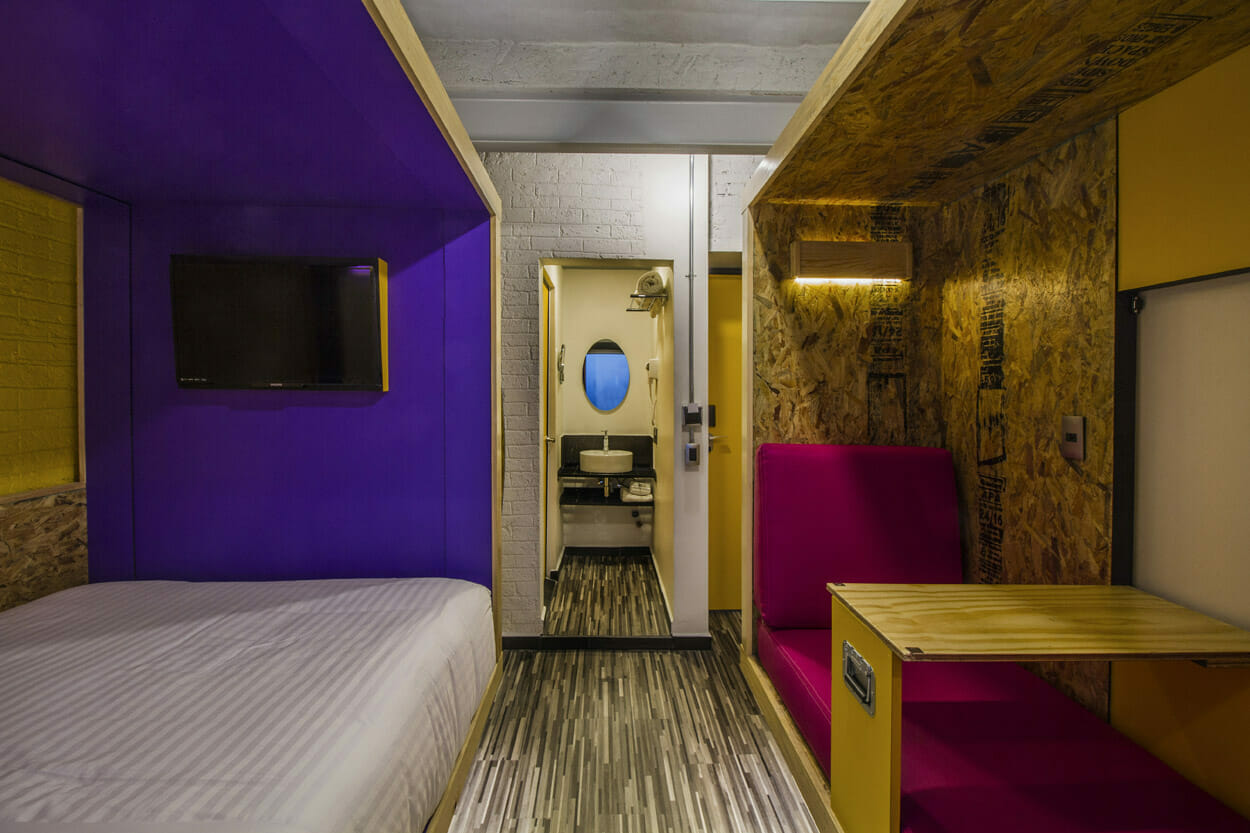 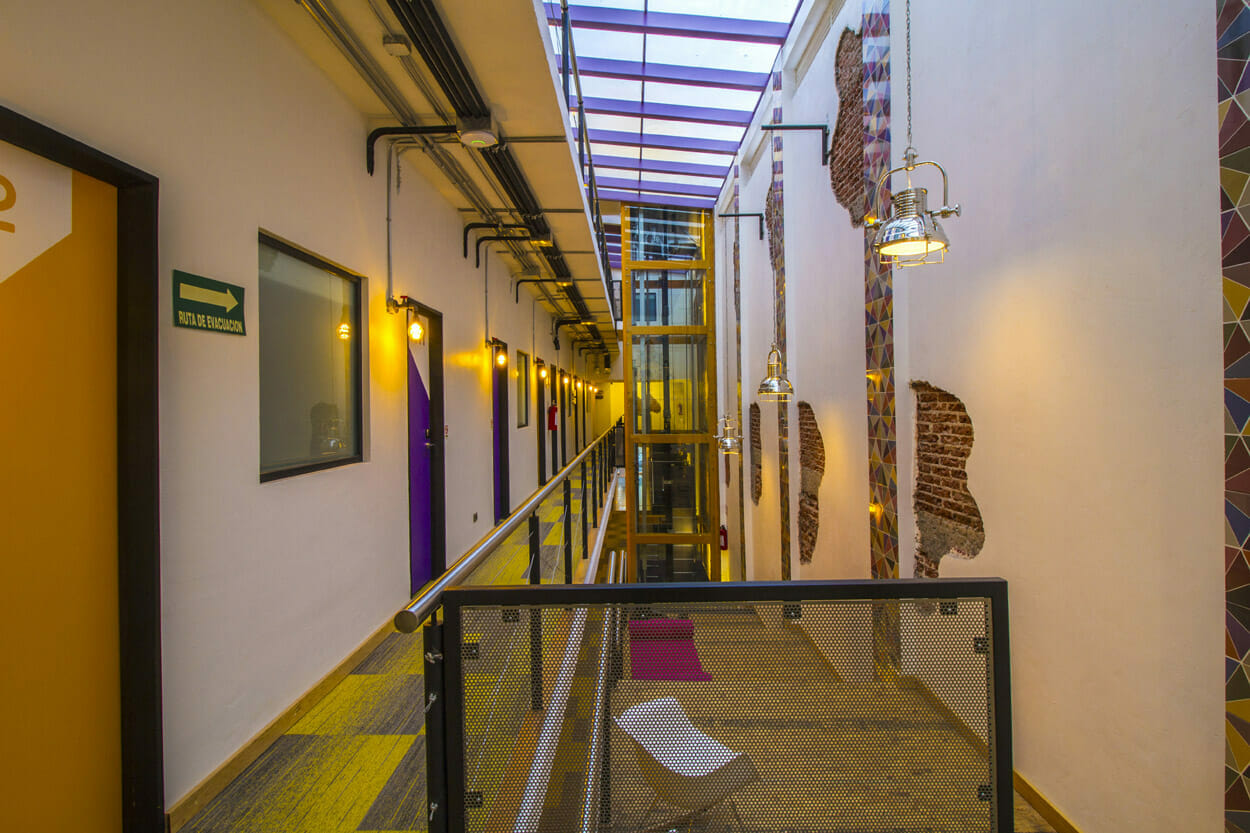 When in front of the hotel and discovering the neon reflections on the pavement you ask yourself: “Have I been in there, I don´t know, but it feels like it”.

Integrated elements were designed in the rooms to exert their potential, as well as open and new spaces in common areas. 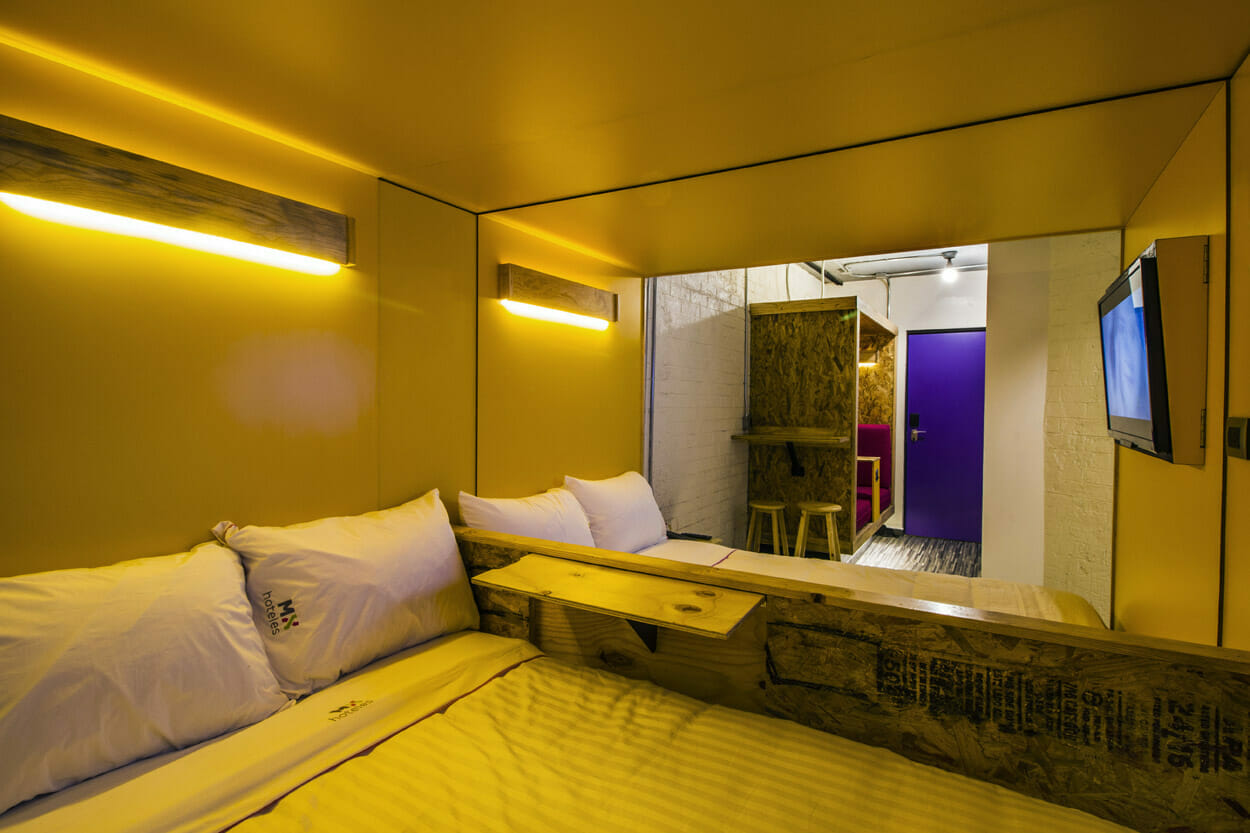 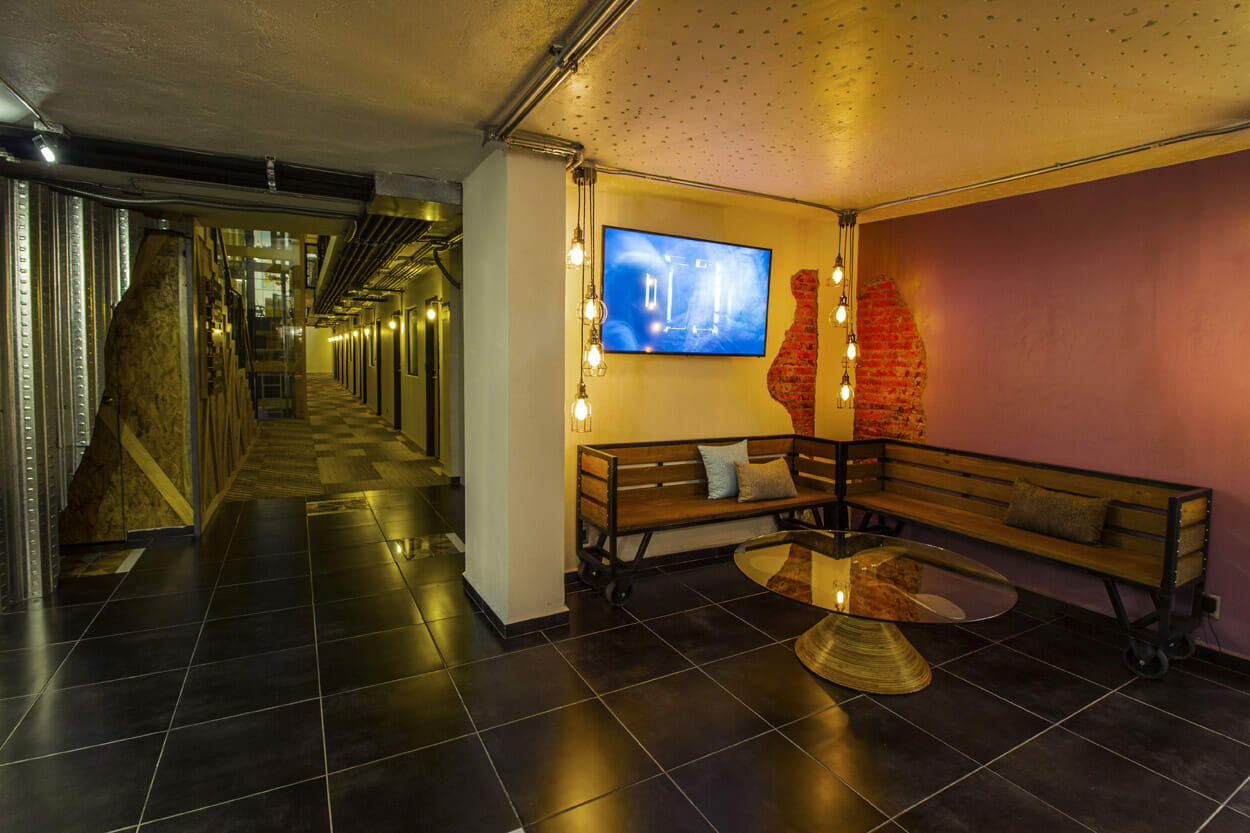 For 29 years designing spaces and interior architecture has been DIN interiorismo specialty. They are located in Mexico City and their projects are distributed in the main states of the Mexican Republic and some countries in the world. All the projects they design are the result of the right combination between creativity, functionality, originality, innovation and quality. With the support of a large multidisciplinary team they shape aesthetic and functional spaces for life, work and business in which the personality and particular needs that each one require stand out. Interior designers, architects, designers, construction professionals, graphic design and all the disciplines that are necessary are continuously added to develop the best project for their clients. They develop projects in the following specialties: residential, commercial, corporate, hotels and services. For DIN interiorismo clients are unique and it is unquestionable to respect the personality, needs and goals of their spaces supporting the alternatives and solutions presented from an integral perspective.