The customer has come to us to update an interior of the private house near Minsk (Belarus). The main objective of the project was to lighten the interior as much as possible, to add some lightness. In spite of the fact that the interior was rather fresh, it has become outdated morally. We wanted something new, unusual and cozy. 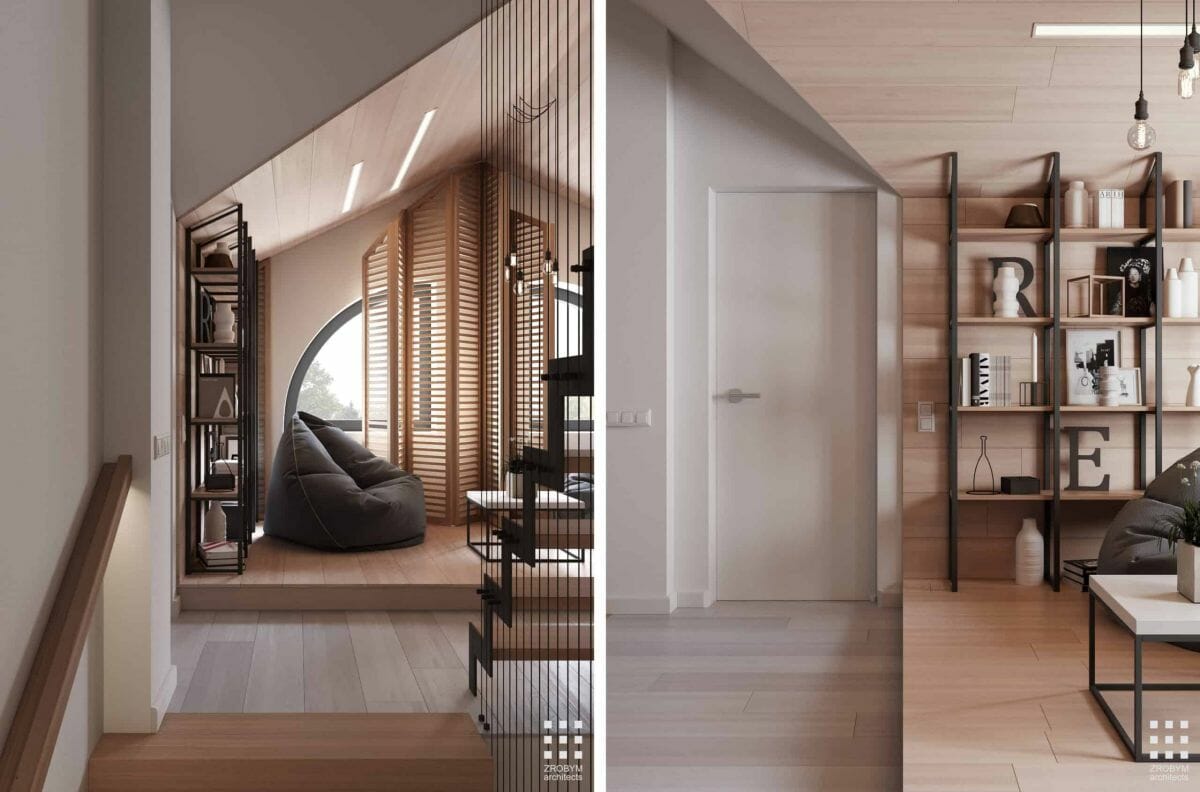 At first it has been decided to transfer the premises of kitchen and dining room in a new, completing room, having increased thus the area of the common room. A heavy, bulky concrete ladder has been replaced with lighter, graceful ladder made from metal section, sheathed by natural wood. The bearing stay ropes, penetrating the house through all three floors, are used as a fence. 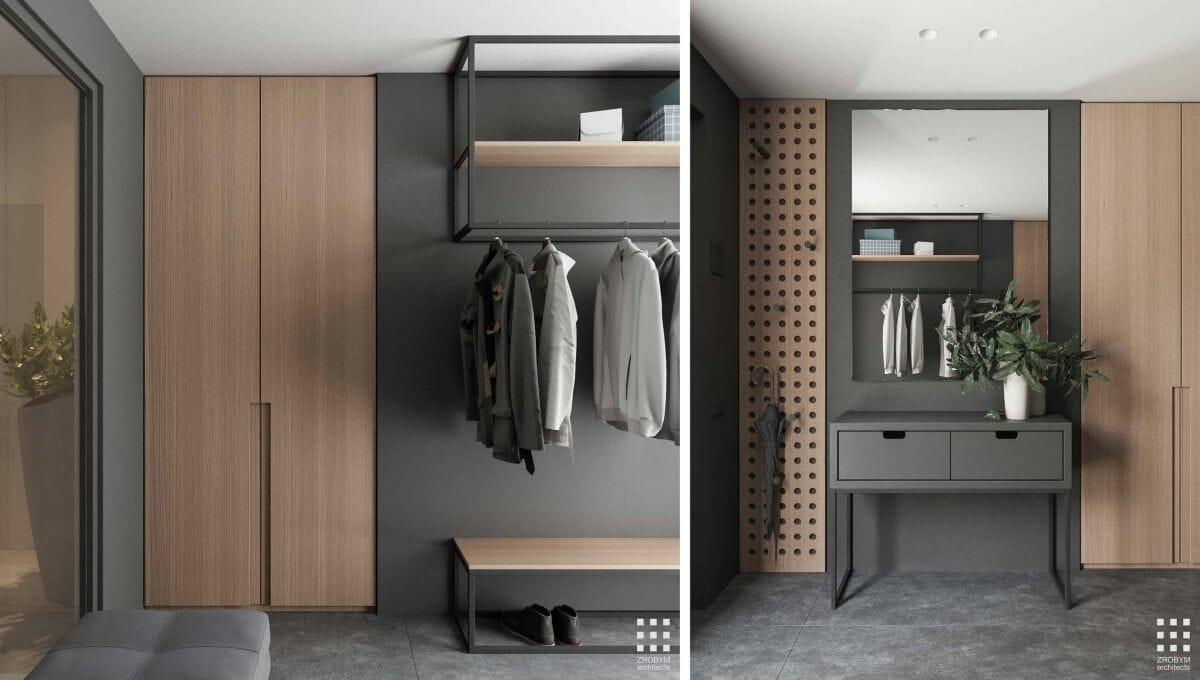 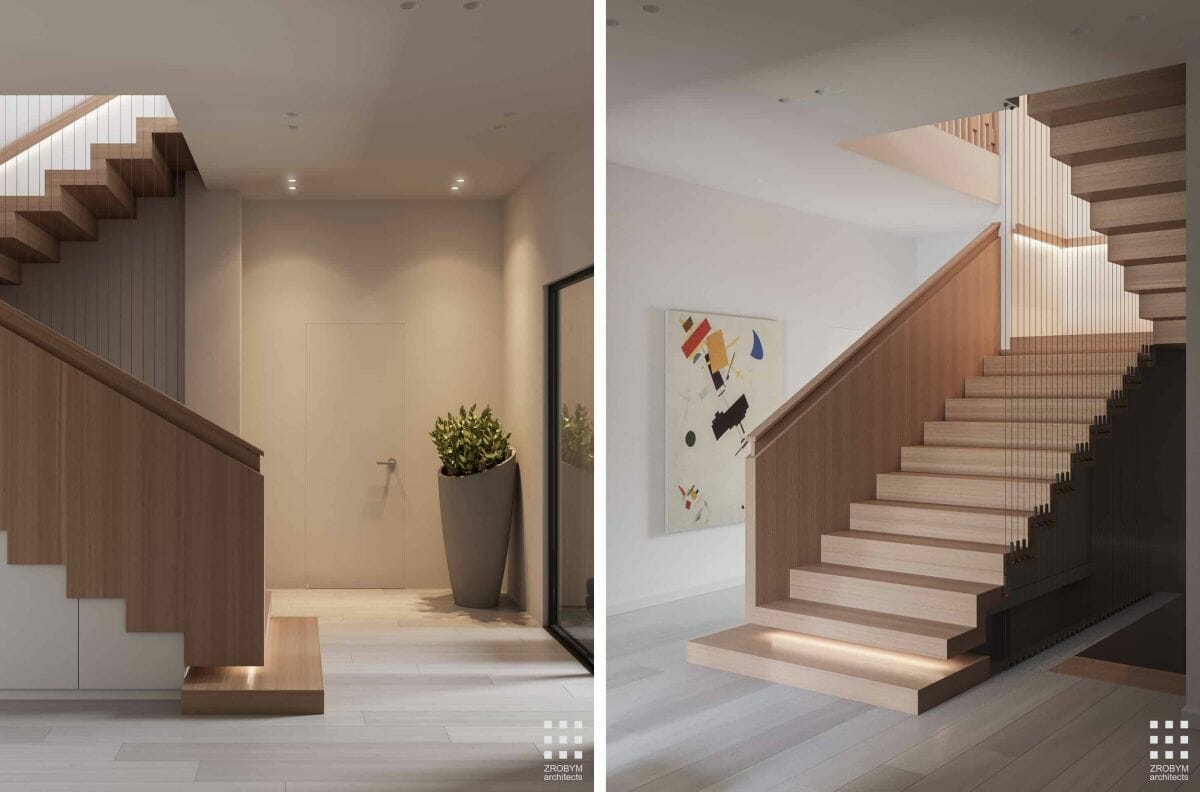 The wood became the main finishing material: a floor, facades of furniture, a wall, and sometimes even a ceiling, we tried to use wood everywhere. We were concentrated at warm and cold contrasts – a cold floor (tile looks like concrete, parquet board in gray cold colors) are used near warm wood on walls and furniture. The walls, painted in white color, have served as a background for interior enrichment. The minimum existence of bright details can be found in a decor, home decoration and furniture. An unusual configuration of space gave birth to many ideas: so for an example, a complex mansard ceiling with circular windows made us to create an unusual screen as standard decisions in this case were inaccessible. Involvement of children to interior works became an interesting idea. It was suggested to children to draw one of two pictures which are in one place on the plan, but at the different levels. It is supposed to oppose it with Malevich’s or Rotko’s reproductions. It is interesting whether someone from guests will be able to distinguish a masterpiece of world art from children’s creativity? 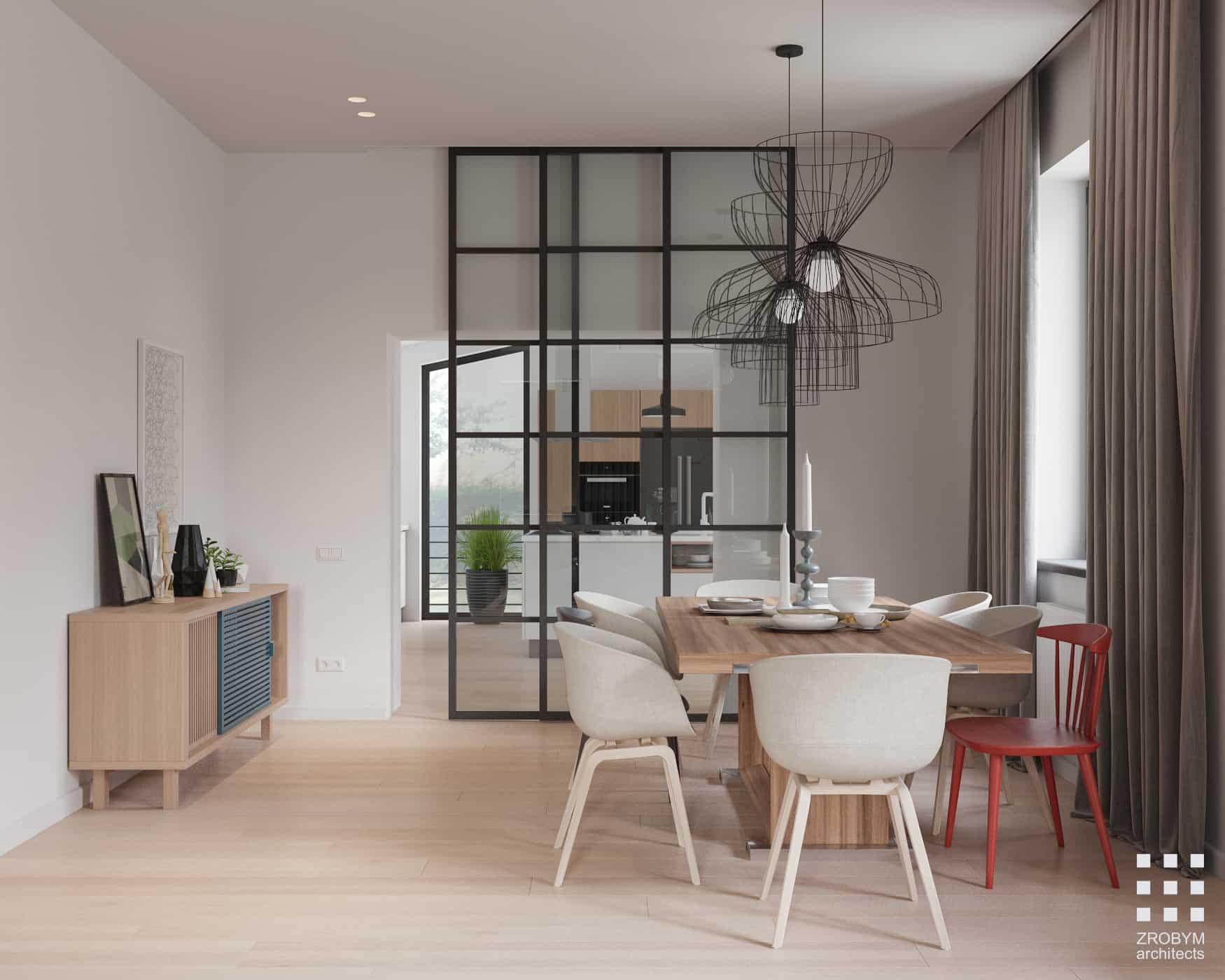 The project has been apprehended well at a development stage, many people have noted these or those moments from the positive point of view. It’s a pleasure, looking through Instagram feeds, to see as world accounts publish perspectives of projects, to read comments of users. 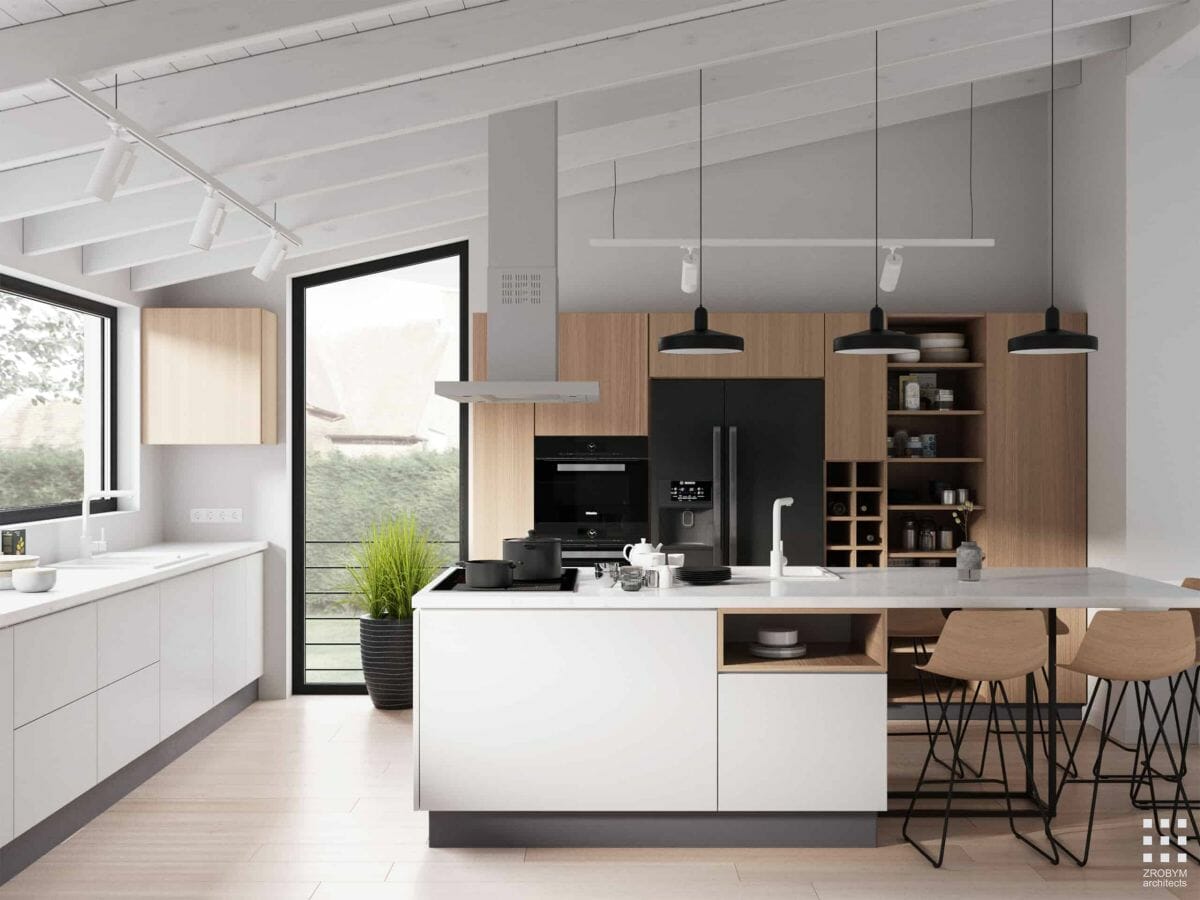 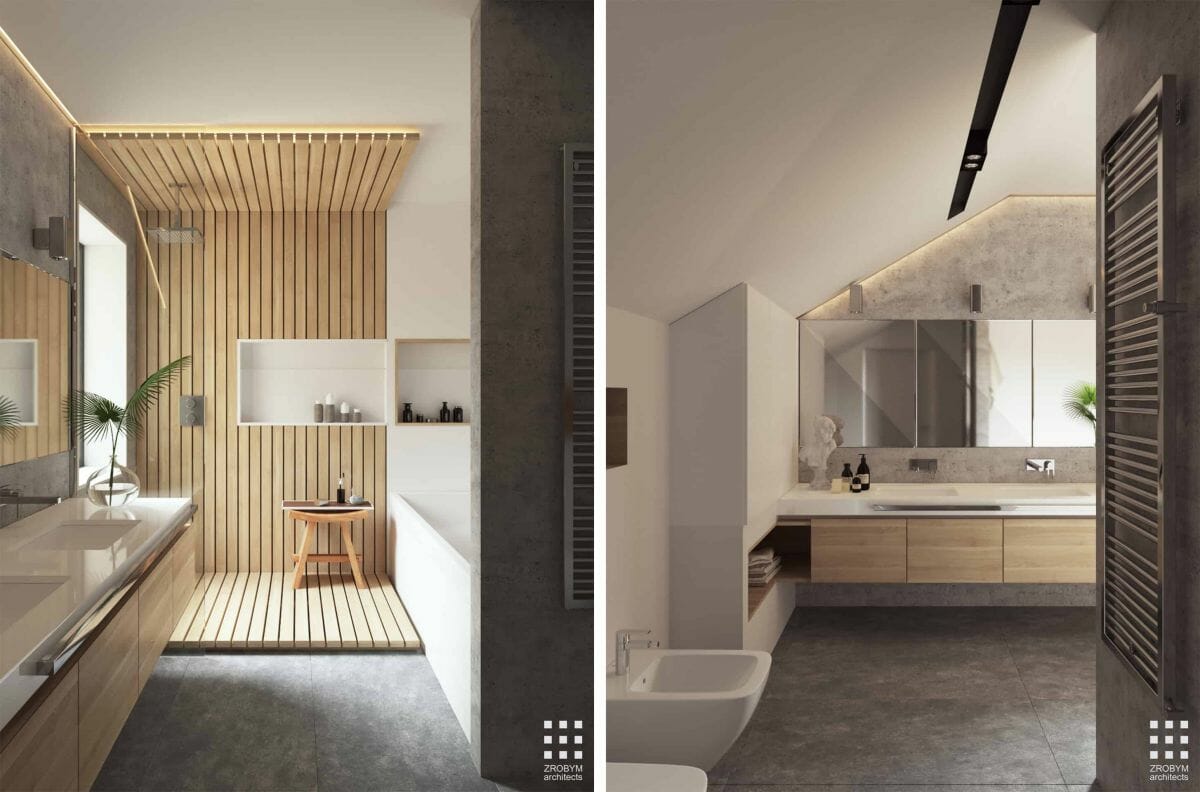 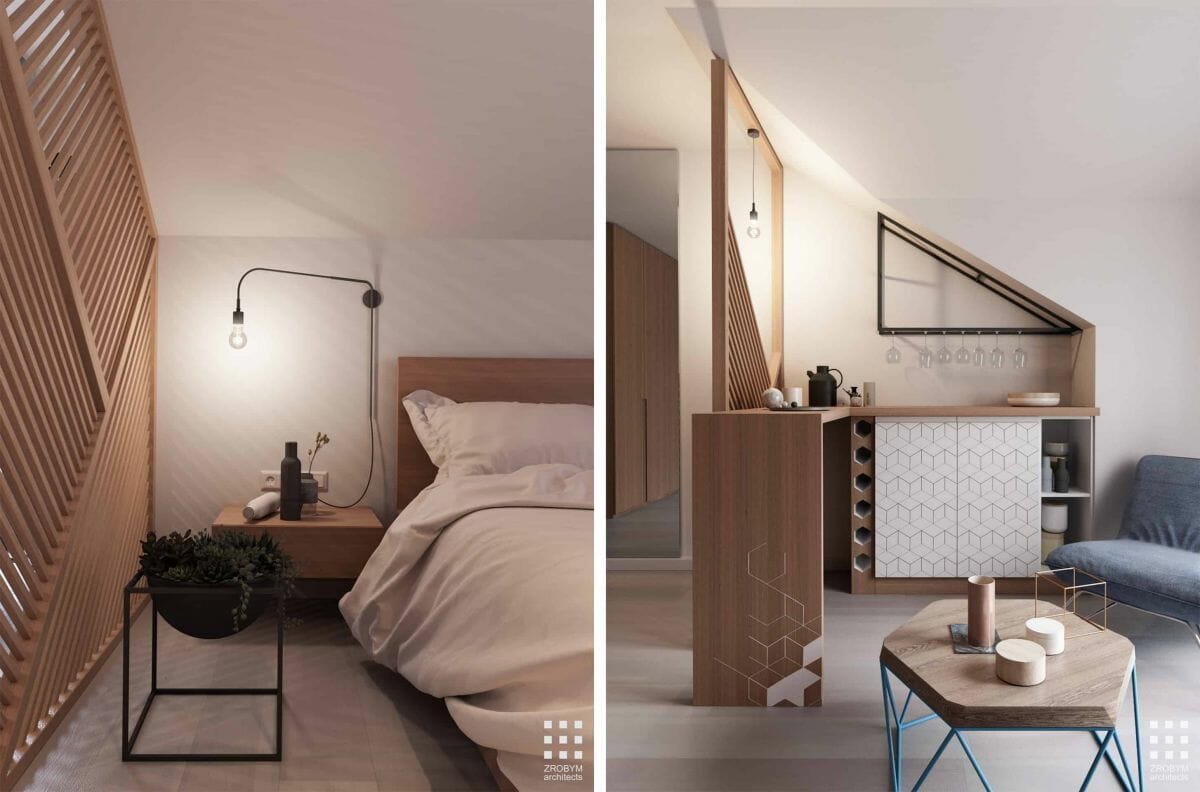 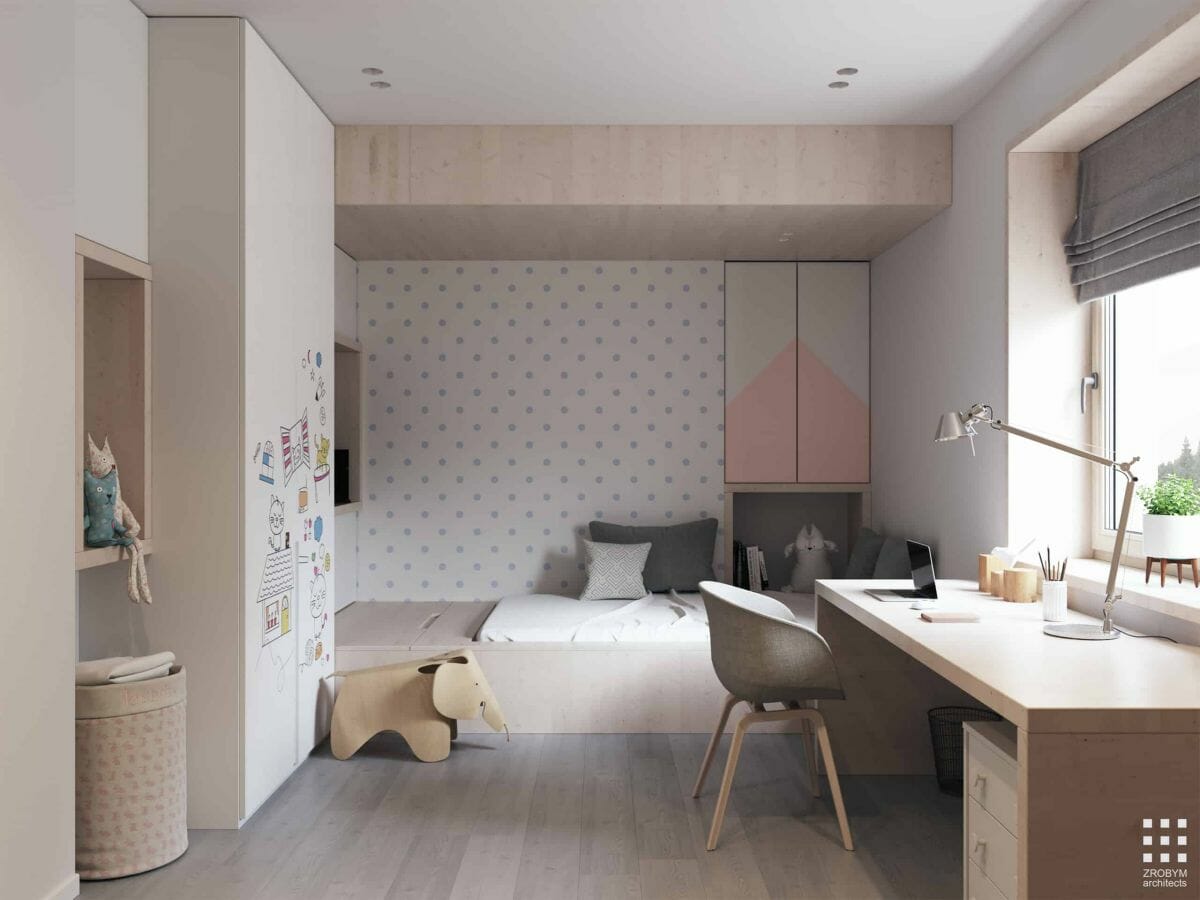