Located in the Audiovisual District of Buenos Aires, the Audiovisual Production Building sits on an exposed plot of land dominated by the intersection of two hierarchical avenues: Av. Córdoba and Av. Jorge Newbery.

The building seeks to affirm its own sense of place by rising at the intersection of these avenues, retreating to give rise to the access esplanade.

The project takes over several fronts:

– Place: the establishment in the city respects the neighborhood but seeks to stand out from its particular utility and taking over of the important corner on which it is situated.

– Purpose: both industrial and executive use, where recording studios and offices coexist. The basement houses all industrial uses, where there are studios, dressing rooms, changing rooms, warehouses, supports and others. While the small tower, which rises away from the basement, provides a more flexible and dynamic layout, housing administrative, executive and management spaces.

– People: the design aims to encourage creative interaction between its many occupants. The triple height space articulates the entire basement of the building, unifying the different levels, which flank different uses of each other. 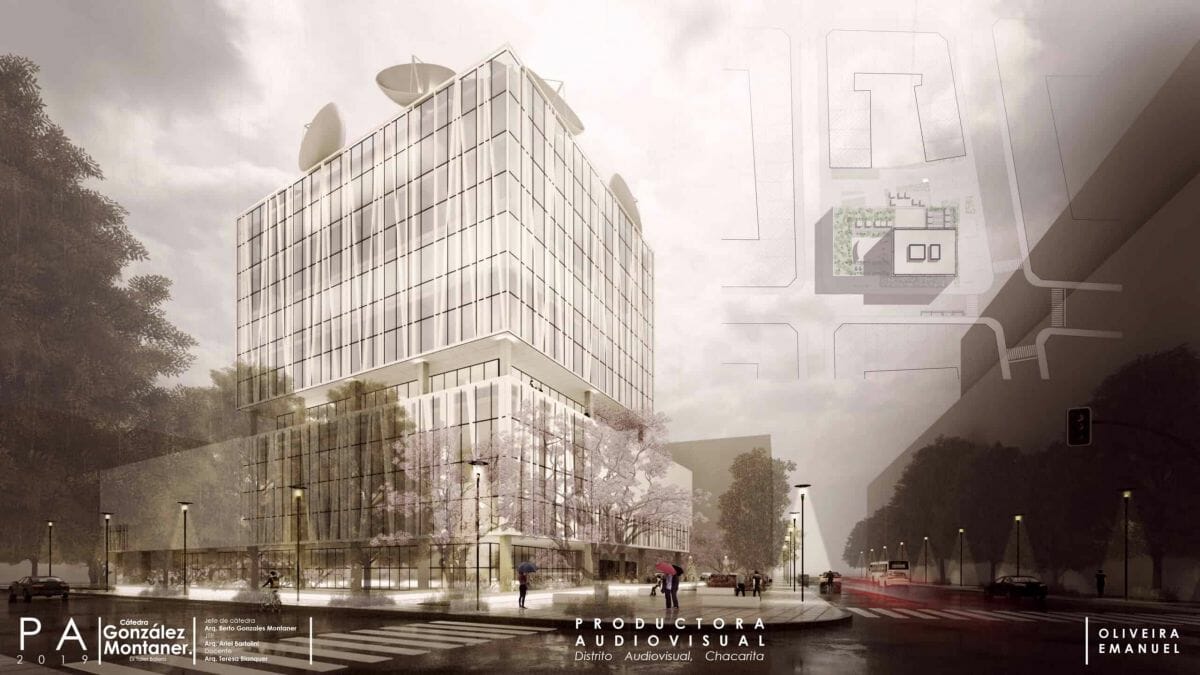 The challenge of this project was to solve the different difficulties that a program of this magnitude presents, with their respective complexities. The project was for the university, and the objective was to develop a building that meets both the urban requirements, the strict operation of the building and the needs of the user. 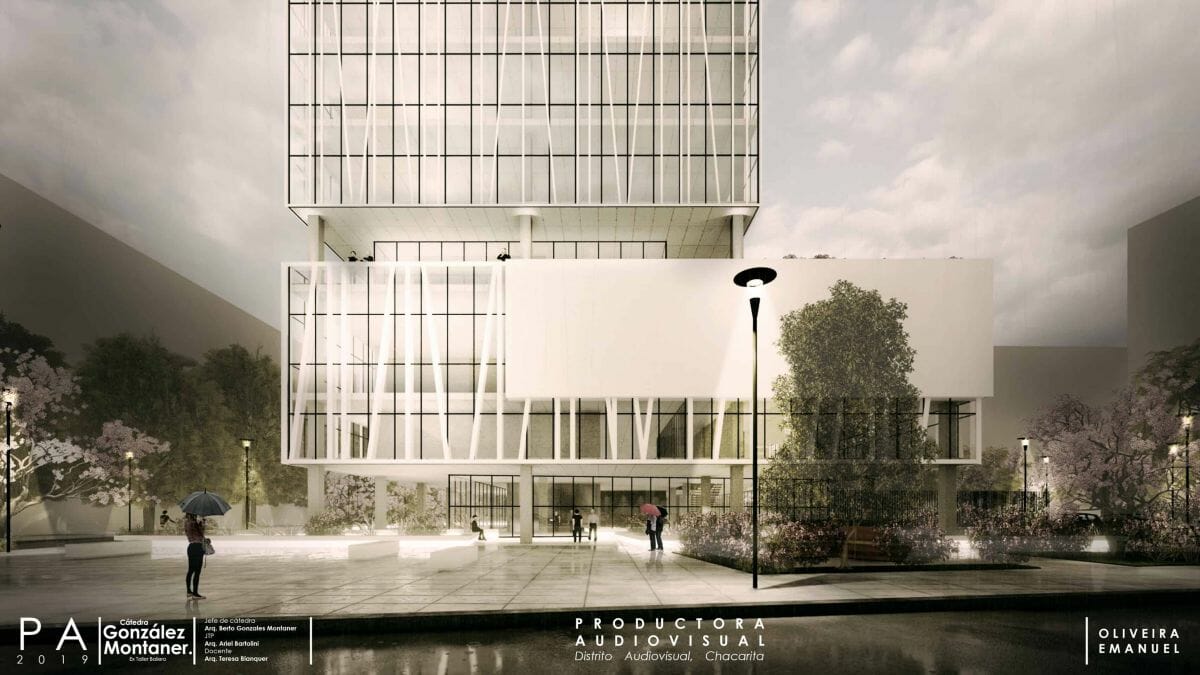 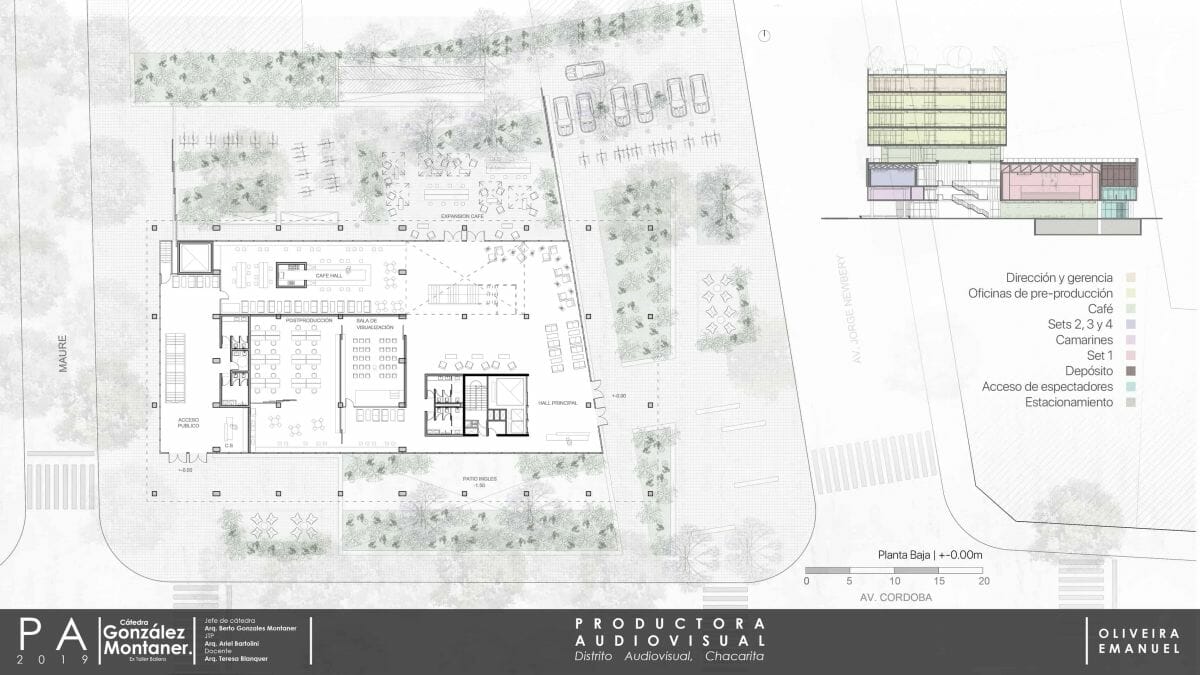 The style is based on Nordic architecture studios, trying to recreate a technological and modern image, being reflected in its materials. This idea plays a very important role in the site where it is located, since it seeks to function as a banner for the future urbanization that will take place in that neighborhood of the city of Buenos Aires. 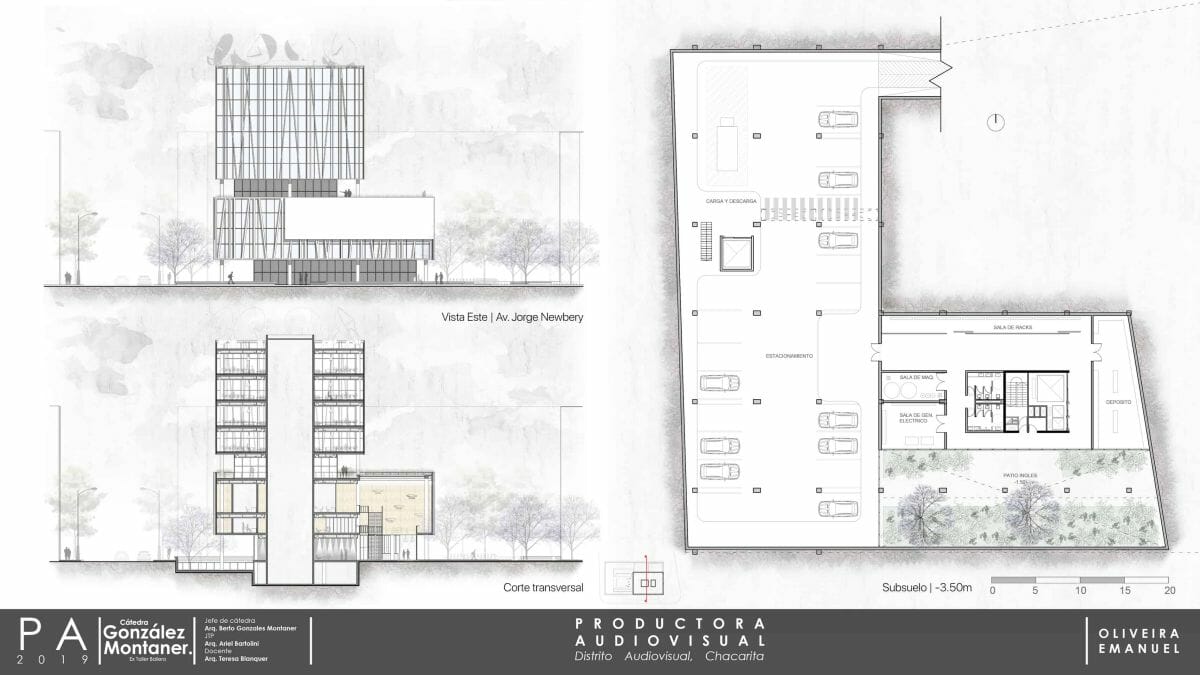 The impact on people was very positive, as they were surprised to achieve a resolution embodied in a modern image compared to a merely industrial program, which perhaps merited a different treatment. Within the various ways by which a program of this type can be resolved, very interesting reflections can be reached by intersecting the different resolutions of both urban location and image. 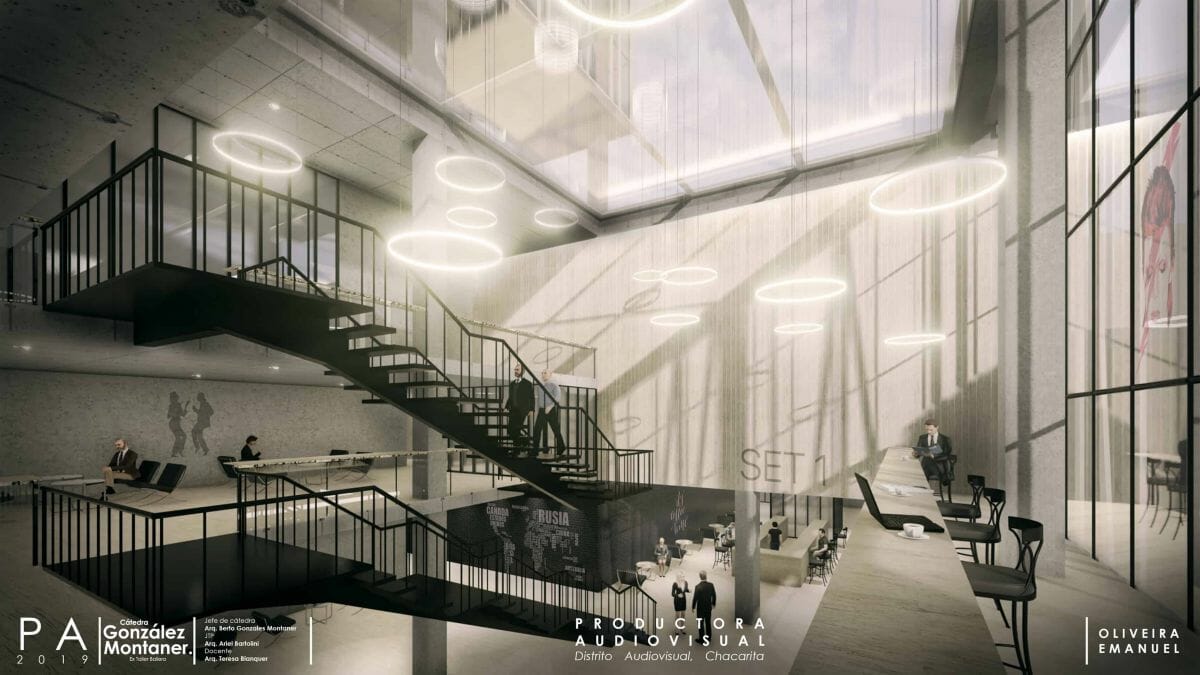 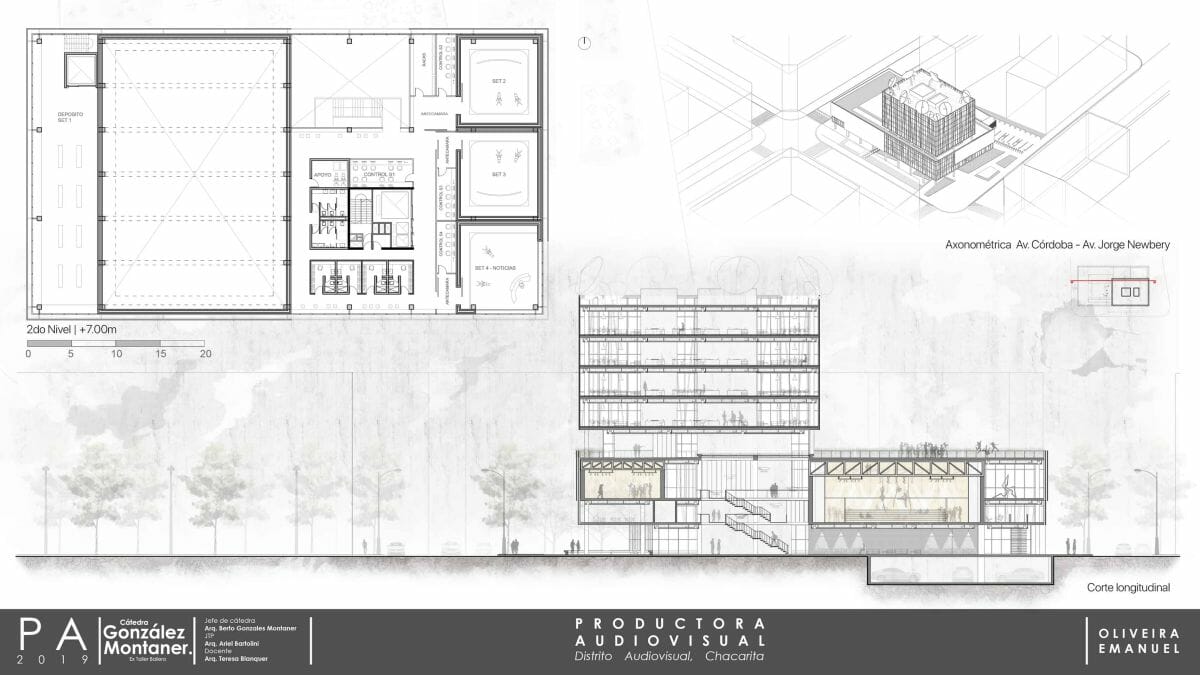 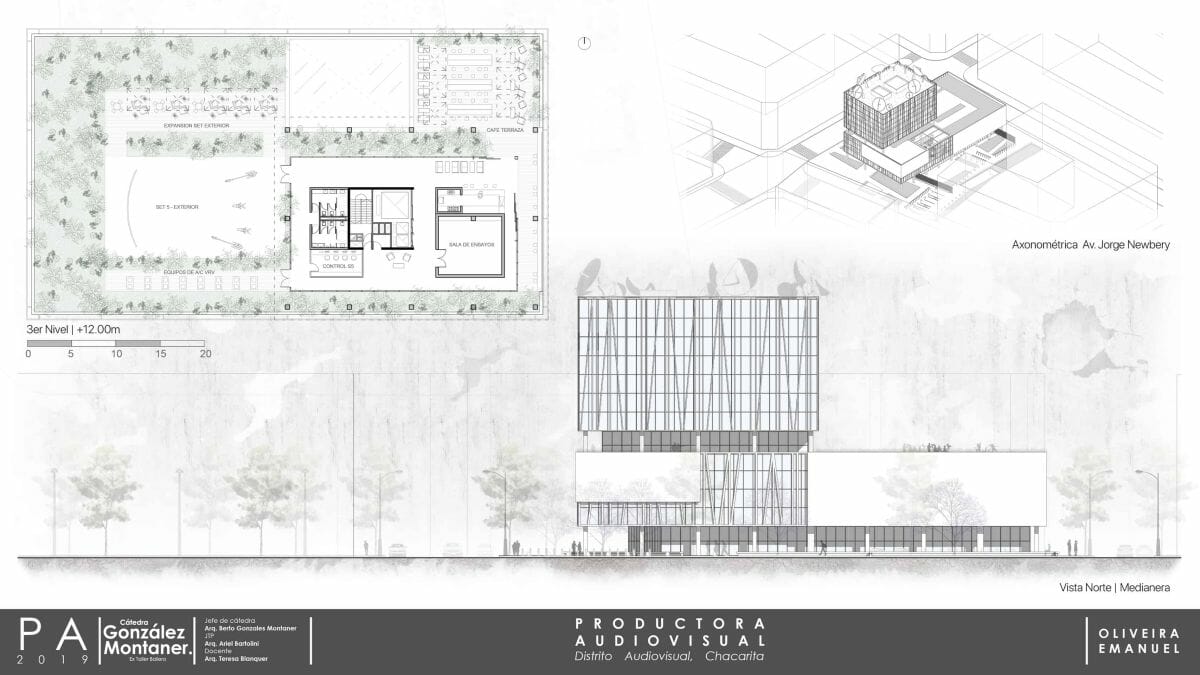 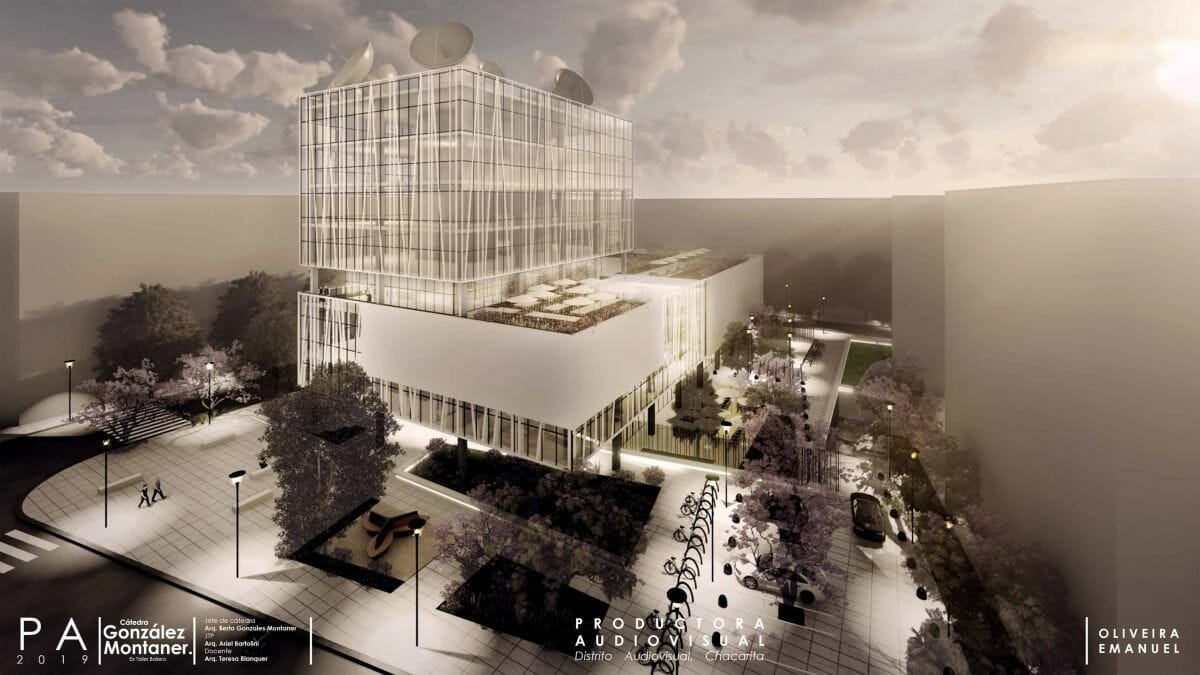 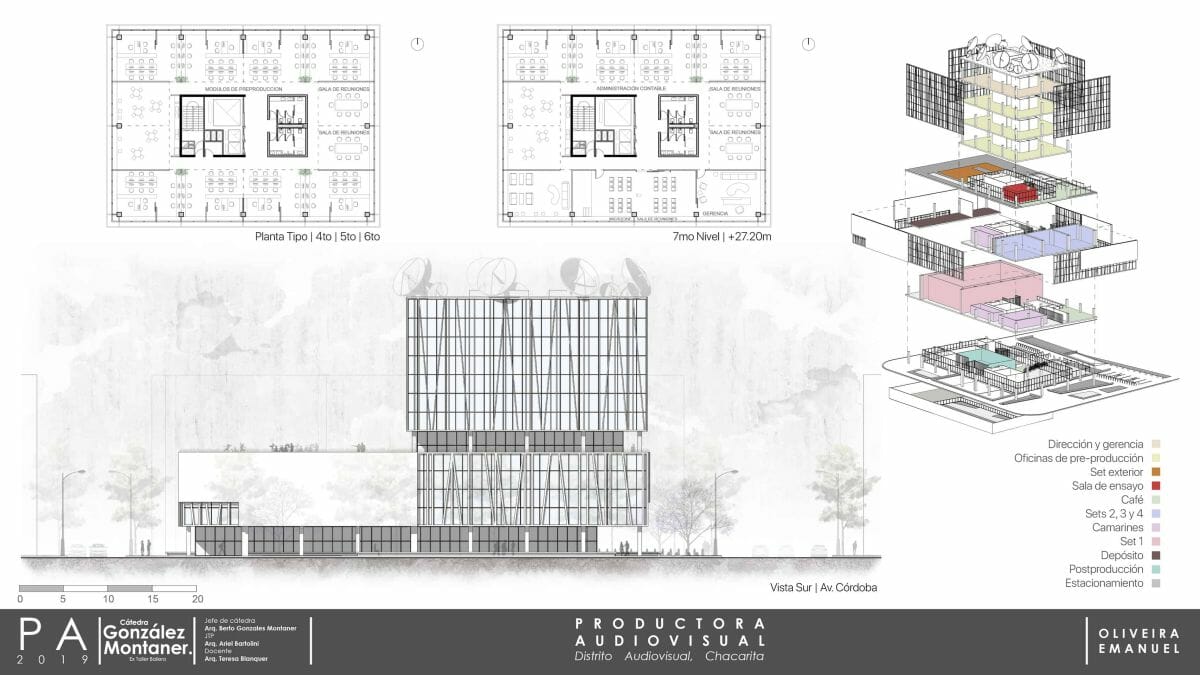