New Alamein City Located on area of 50.000 feddans,The city ready to be not only a summer resort only, but as s housing units all over the year as well. This is an interior design for Commercial Entrance for towers podium. 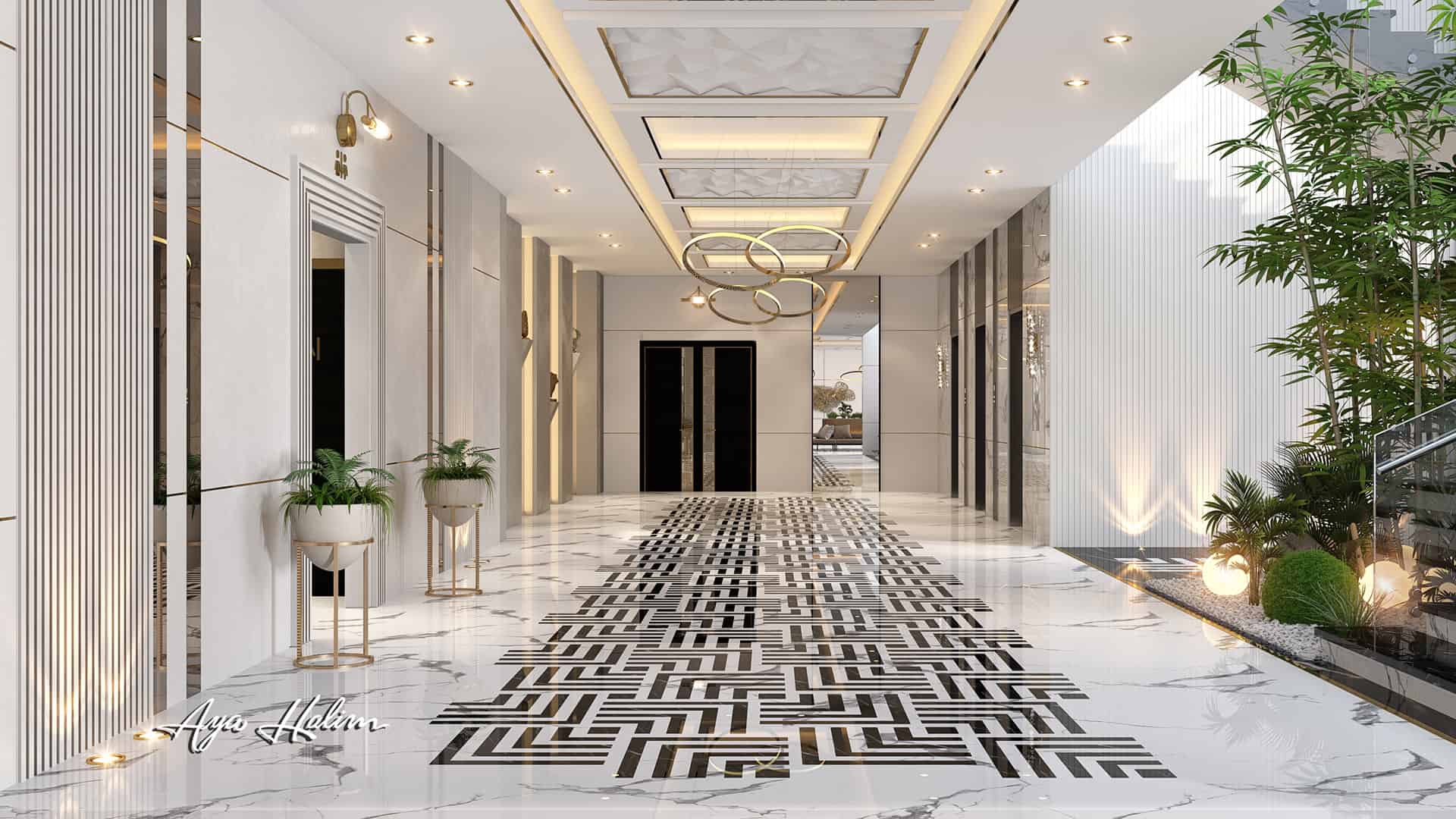 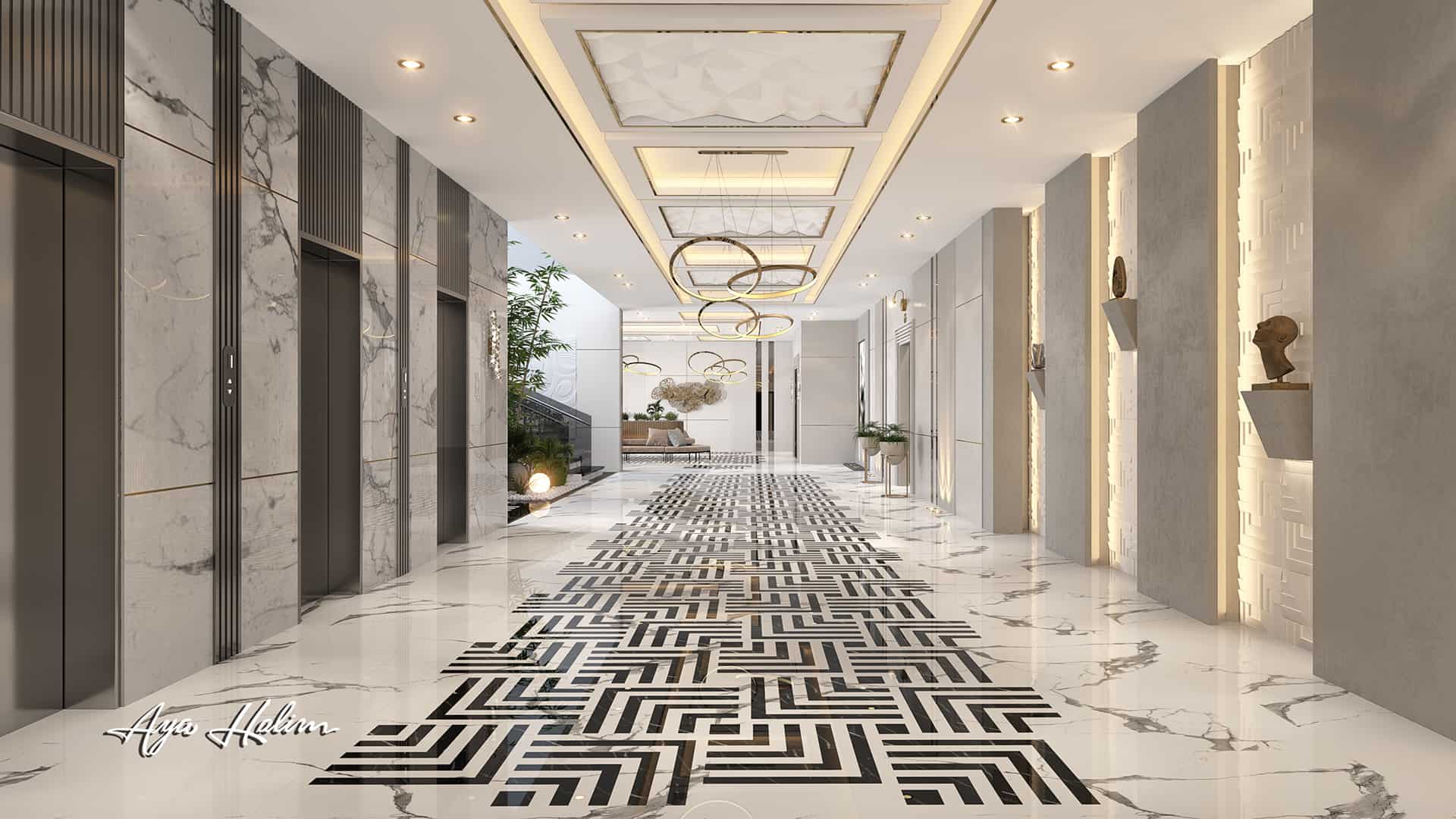 I’ve chosen the contemporary style for design with white walls and black and white marble for contrast , unity and variety
it was inspired by the geometric art as noticed in the floors of the entrance , the gold doors accessories and pendant lights
and the contrast between the geometric shapes and the organic shapes as viewed in the gypsum walls in the entrance
the main concept of this design depends on the contrast in styles , materials and the colours but also considring the rhythm and unity between the elements 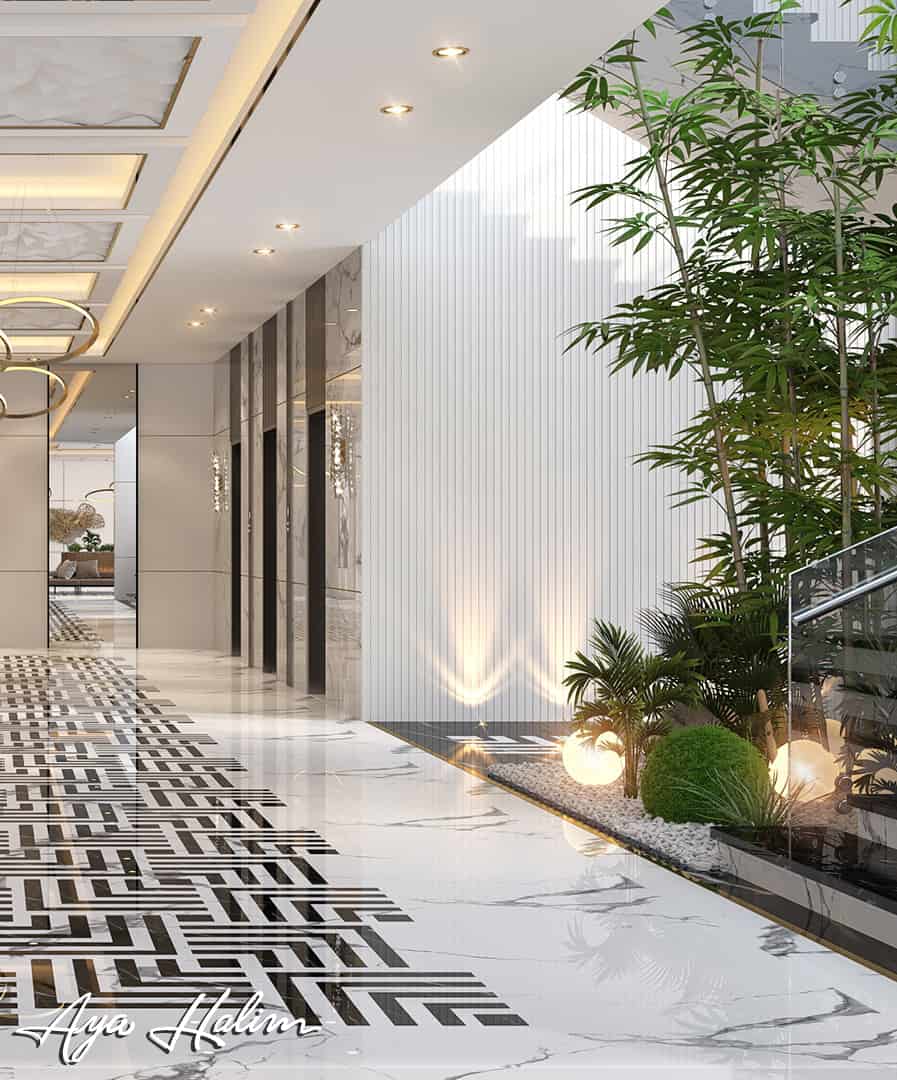 I’ve practised the principles of design very well in this project : Unity, Variety , Rhythm and Emphasis
the real designer should use different principles of designing and combine between them in all projects
like symmetry: to express feelings of order
assymmetry to express the feeling of movement ang change
emphasize horizontals to create feelings of peace and verticals to show aspirations