The main target of this project was creating a space with style and materials that transcend over the years, creating wide open spaces to enjoy the privileged views from each area of the apartment. A specific requirement of the client was to optimize the whole apartment in order to generate areas that are always useful and an architectural program allowing every corner to be lived. 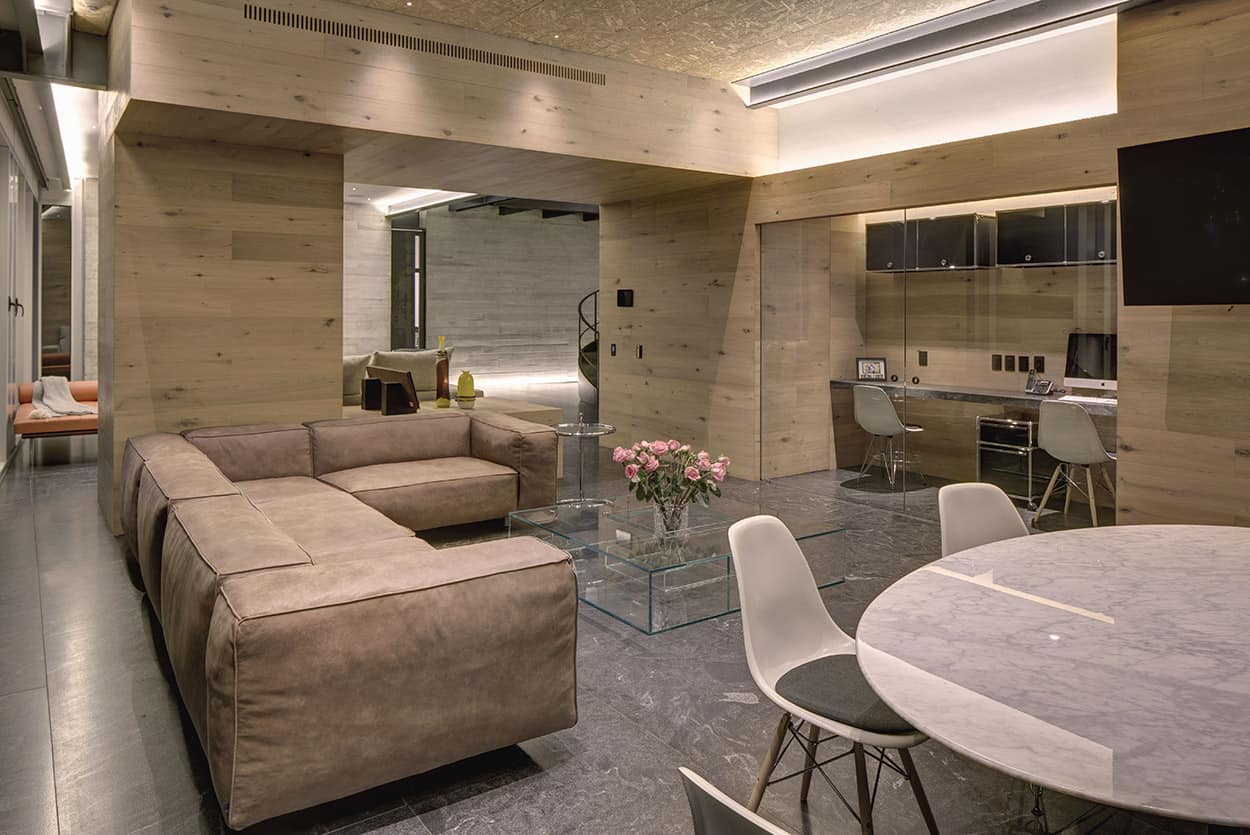 To achieve the greatest possible extent, we took advantage of the interior height, where the planning and crossing of the facilities played a very important role, reducing the trajectories and leaving the structural beams apparent, giving rhythm to the ceiling and resulting in a source of light as well as a decorative element.

A very sober materials palette with only three coatings: marble, wood and concrete were used. The relationship between the textures allowed to give the sought balance and elegance thus maintaining a timeless style. 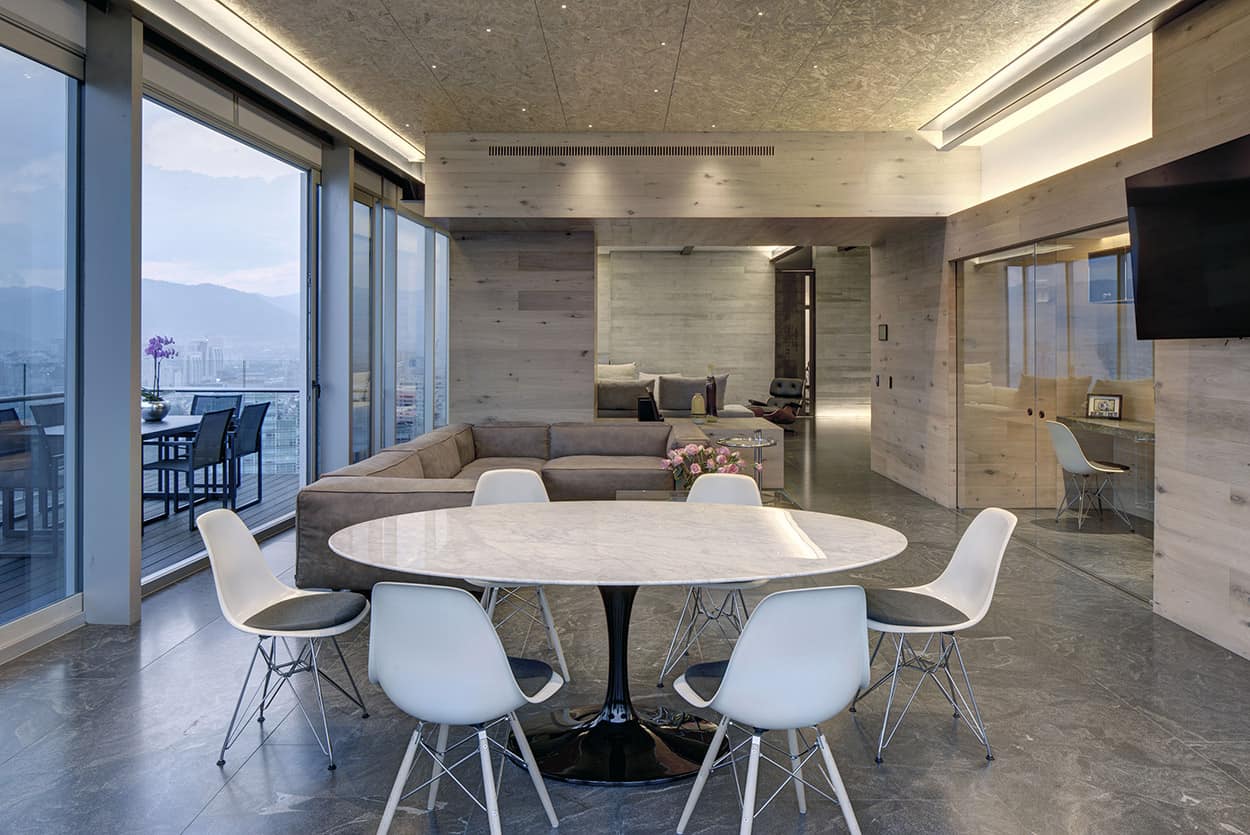 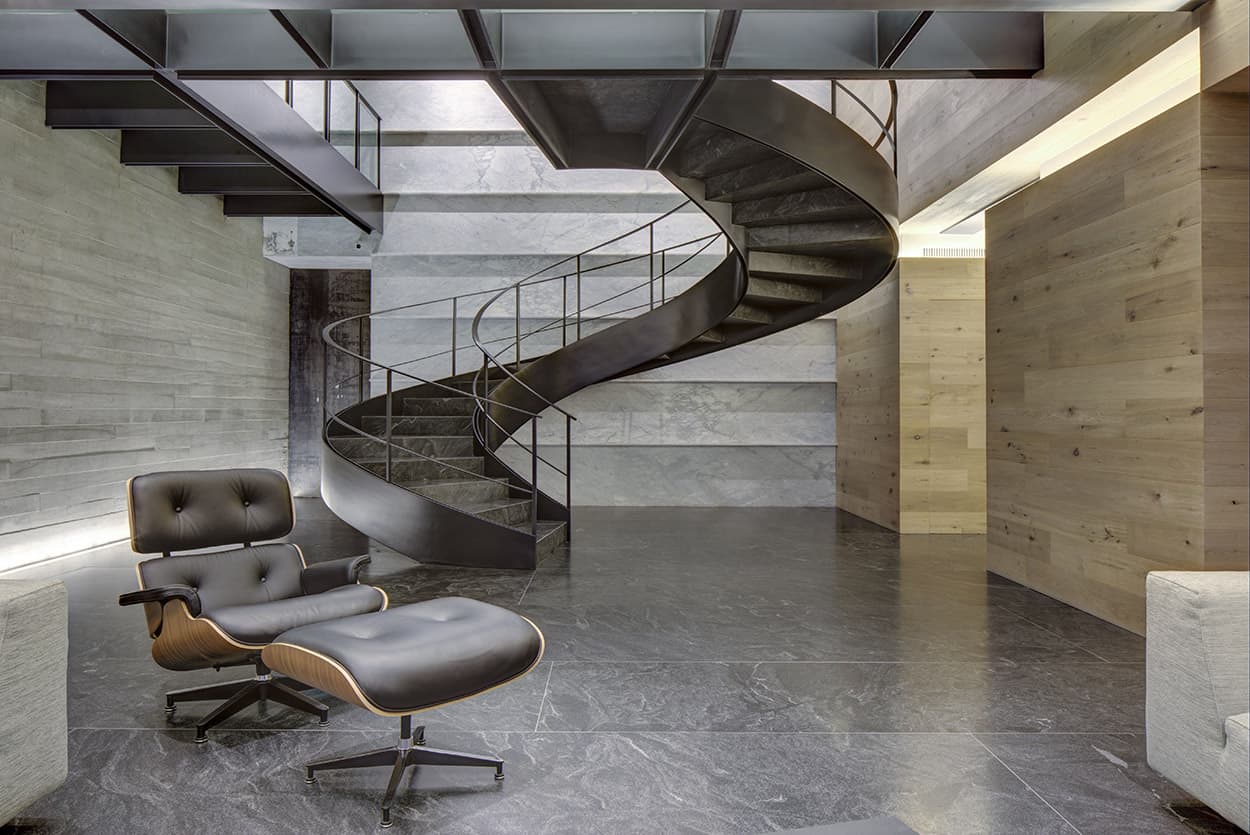 Serrano Monjaraz Architects team always handles spaces through the visualization of the volumes, being the base for the design of this apartment bodies with different materials separating each area. In the public area two important volumes receive: a concrete block containing the kitchen and services and a marble block that works as a sculptural element in the apartment´s grand double height.

The staircase plays a very important role in this project, it is the element that stands out and enhances the magnificent double height, a simple element whose beauty is based on two rolled metal rails that rest on a glass bridge framing in both ways the granite steps. There is another element in this area, a large block of wood containing the public spaces and providing privacy to the family room. 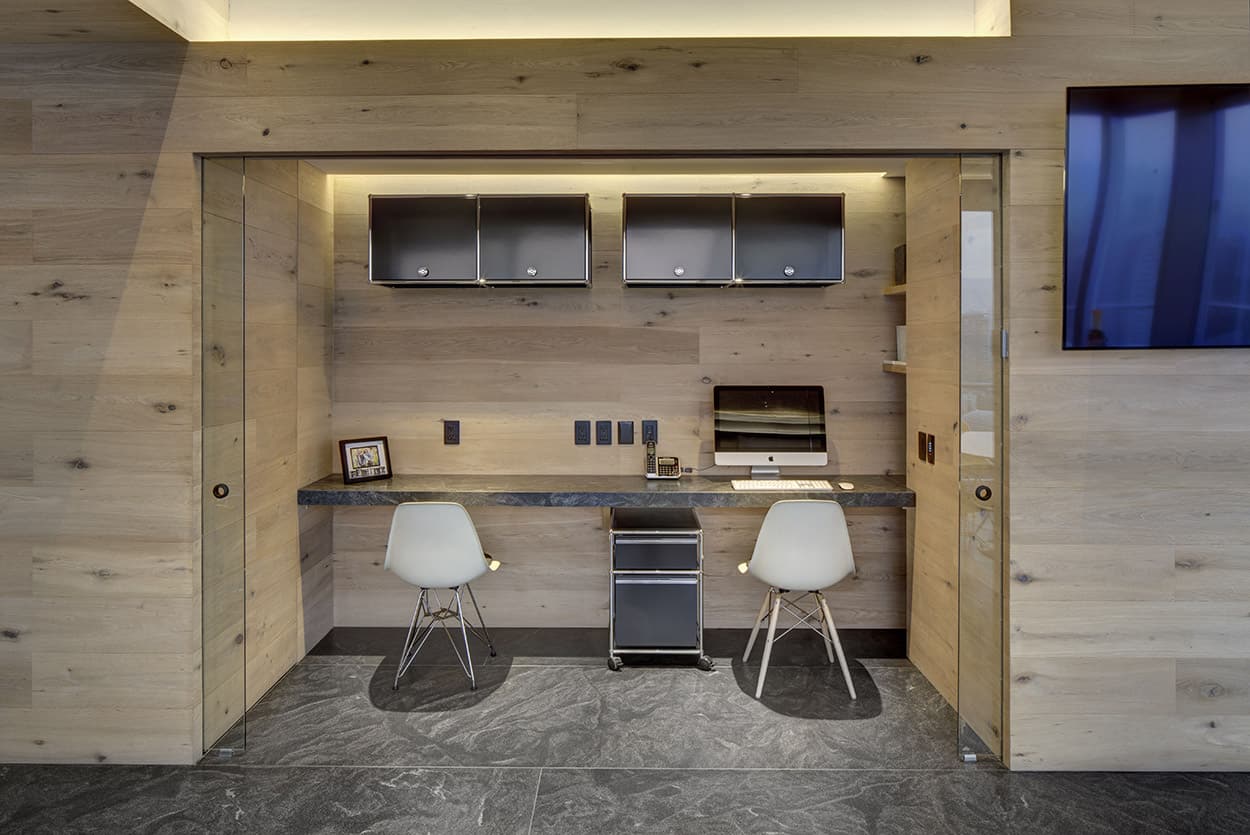 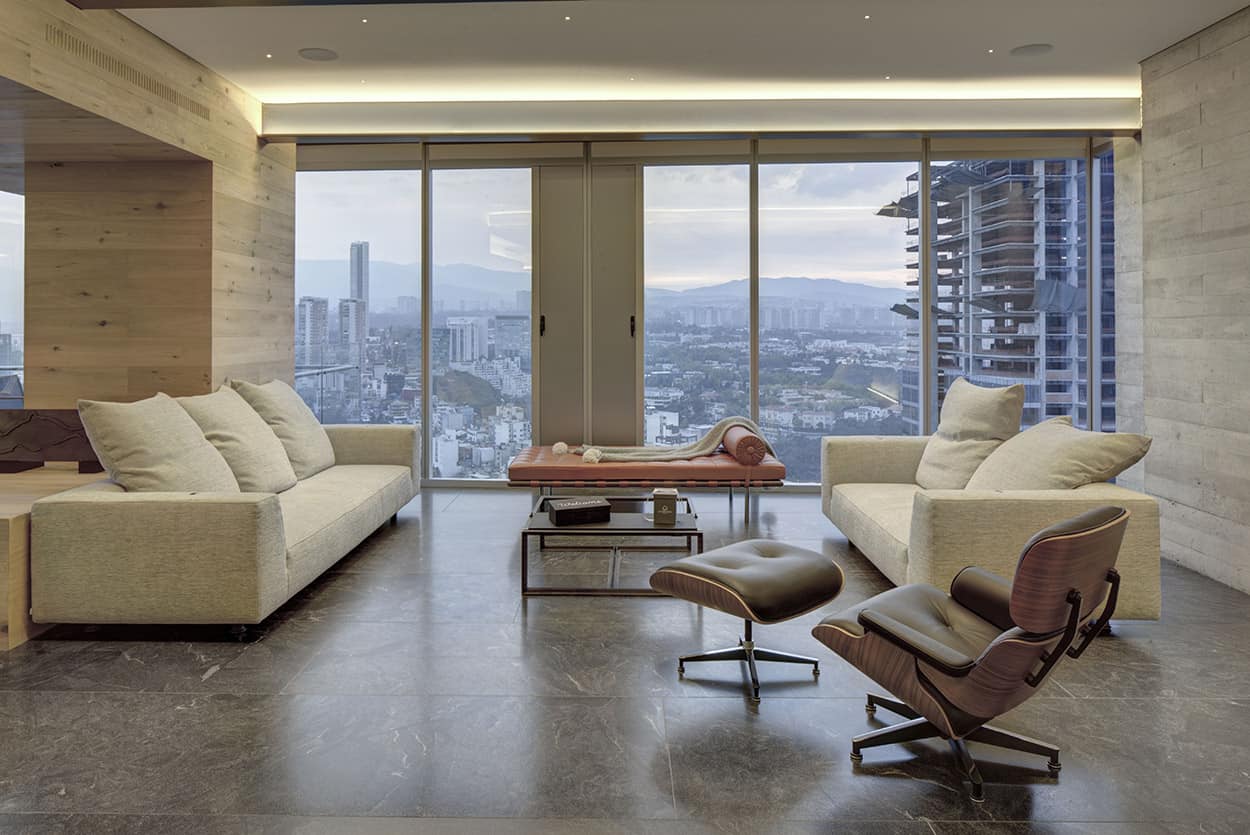 On the top floor, we can see the large block of wood emerging from the ground floor becoming the master bedroom. The children’s bedrooms are very open allowing them constant interaction but having at the same time their private space by sliding the wooden doors to separate or connect the areas. The firm led by the architects Juan Pablo Serrano and Rafael Monjaraz has a philosophy of sustainability that is reflected in each project they carry out. This project is not the exception and has systems to optimize consumption in different ways. For example: a hot water recirculation system that reduces gas consumption by 40%, bathroom furniture with an aeration system that works by injecting air into the water to increase the water pressure, reducing its consumption to 50 %.

Using a ventilated façade and Duo Vent glass —with dark tones glass and a very high efficiency factor— the adequate thermal and acoustic comfort was achieved inside the apartment, so the air conditioning system was only considered in certain specific areas and as reinforcement in the warm season. All the lighting was integrated into this same system, managing to program and analyze the consumptions to optimize them and adapt them to the daily use of the inhabitants. All the lighting is LED, reducing the consumption of the entire department by approximately 60%. 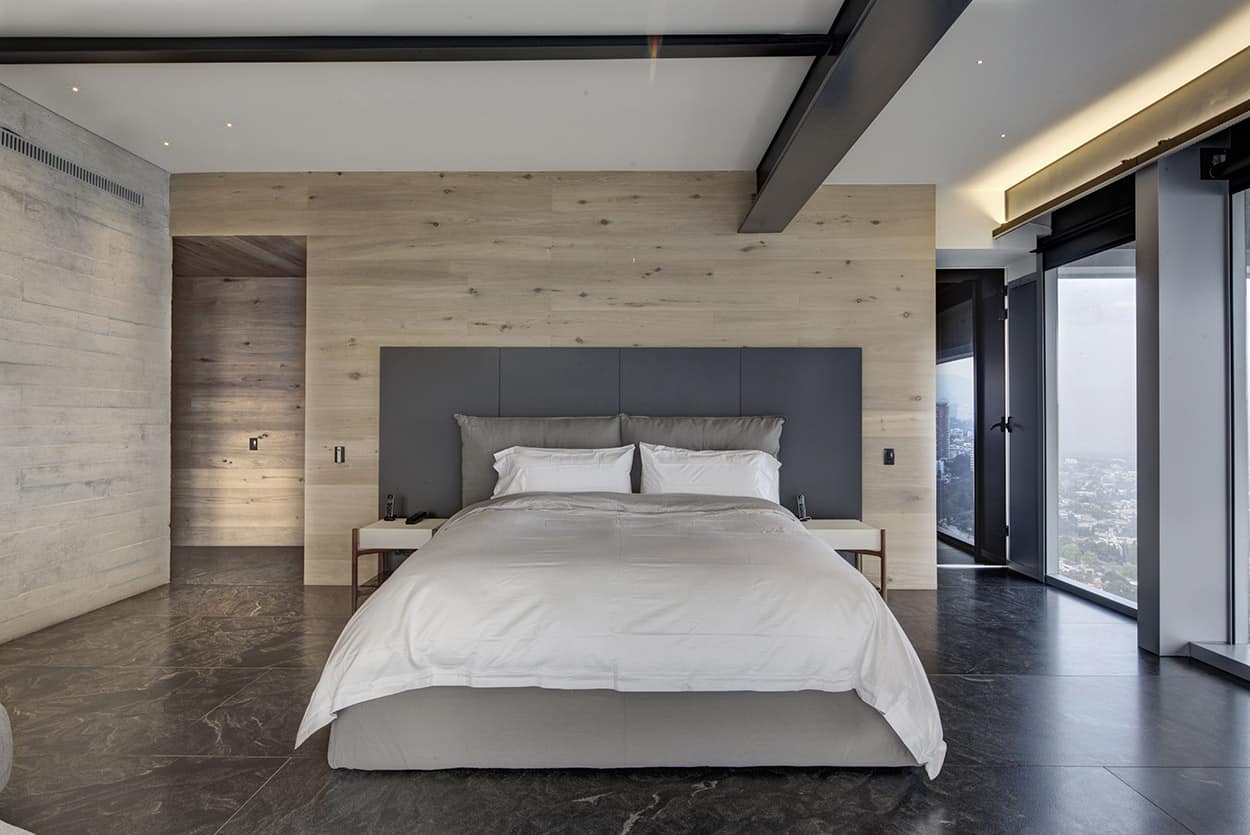 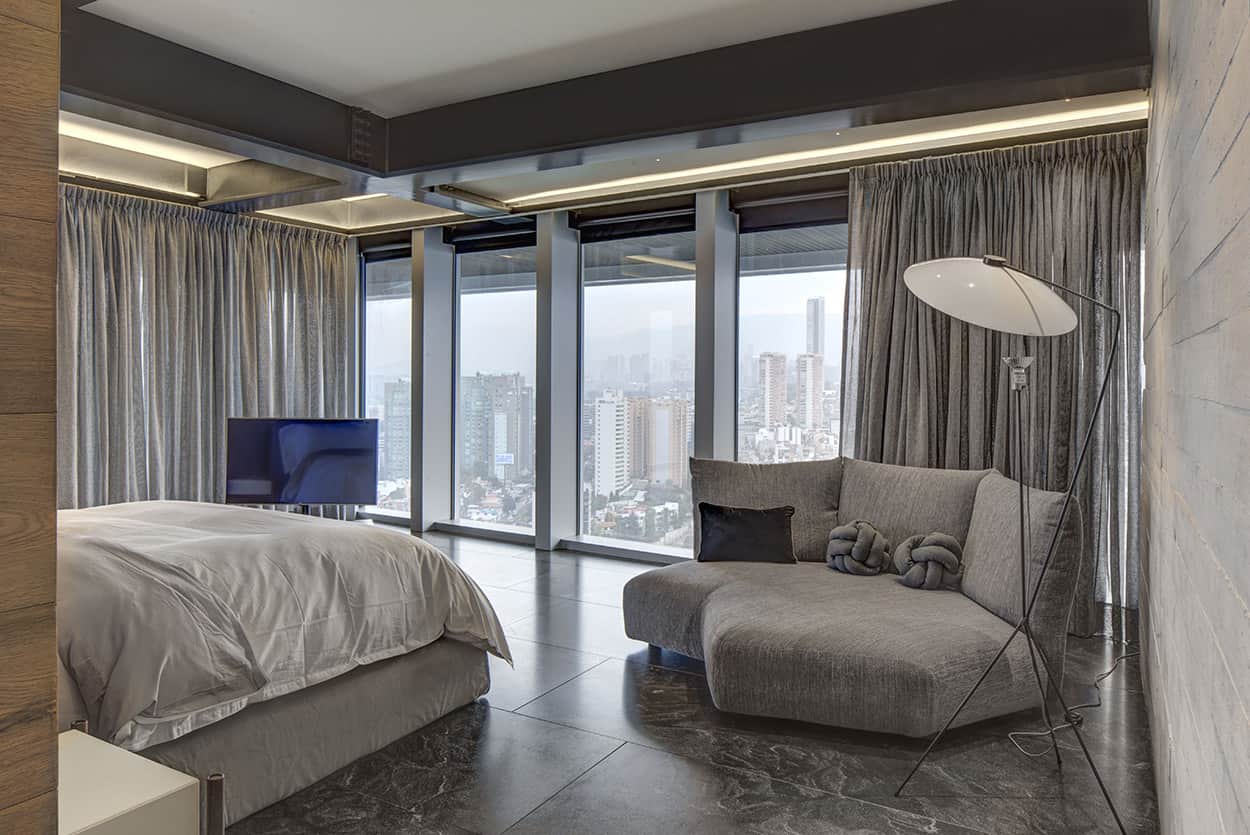 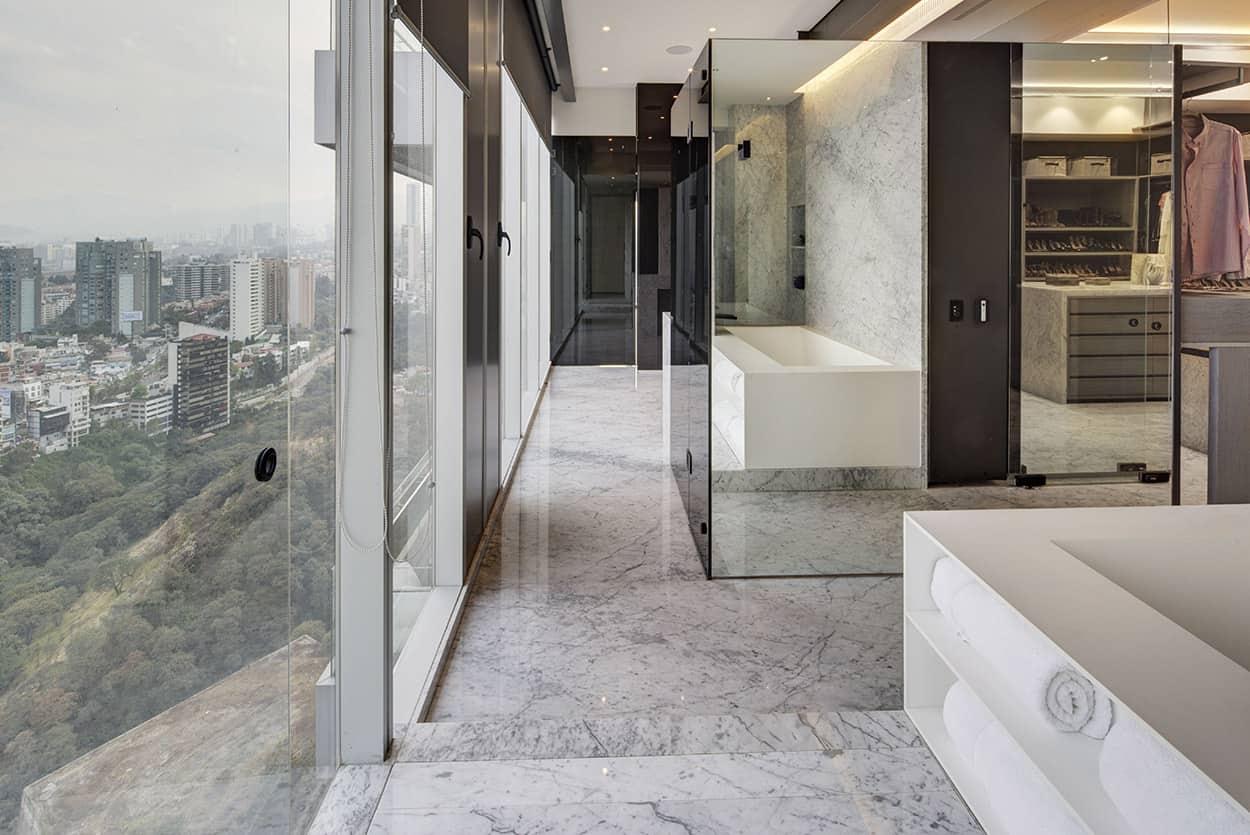 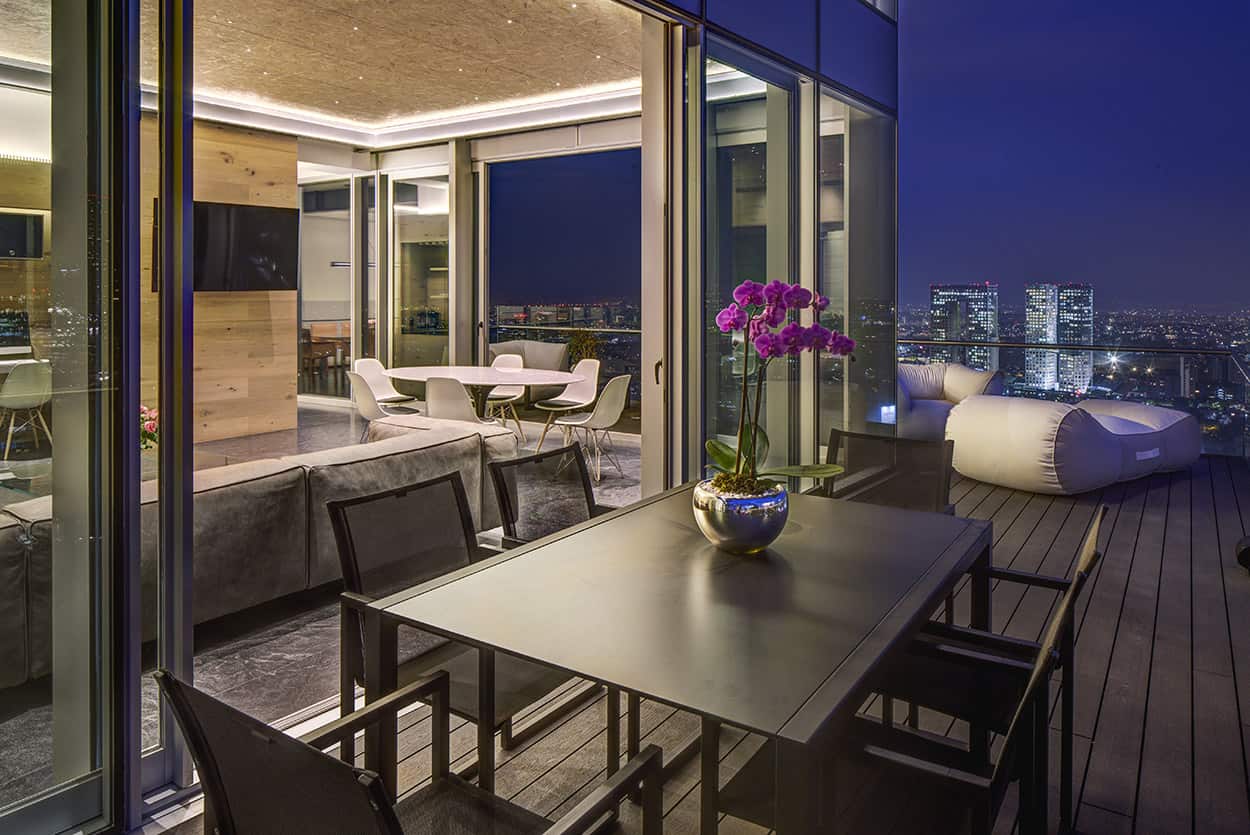 Serrano Monjaraz Arquitectos reaches 25 years developing architectural spaces where quality is achieved by the proper use of materials and light as creative elements. Being space their raw material, architects Juan Pablo Serrano Orozco and Rafael Monjaraz Fuentes, demonstrate their capability and performance in all architecture fields always supported by interdisciplinary teams. Their structure and professionalism has given them the opportunity to work in partnership with important firms as well as with national and international architects. They have been invited to national and international competitions and they actively participate in the formation and diffusion of architectural work. Architecture signifies their way to collaborate in the development of a better urban context because the correct design of spaces is the only way to create better cities. Their experience has been strengthened by the constant search of the perfect combination between form and structure. For them community is the backbone of the cities and buildings, in which settlers spend their day to day, these are the elements that help them contribute with spaces designed to improve the quality of life of their inhabitants. They have had the opportunity to design, direct and execute residential projects, restaurants, hotels, cultural centers and housing developments. The sensibility that they bring into their projects is the decanting of everything that they learn in their professional and personal activities. Light, materials and technology are combined in a perfect balance to create the living space around the inhabitant. Their awareness regarding the ecological balance and nature has been present in their projects since their inception and they consider that sustainability is not a trend but the only way to make architecture. They are members of the Green Building Council Chapter Mexico, to strengthen their contribution in the architectural scene designing buildings that have the highest energy performance standards. They have participated with their projects in various exhibitions in major countries like Mexico, United States, France, Singapore, Italy, Argentina, Ecuador, Sri Lanka, China, Australia, Greece and Spain, as well as in interviews and in various national and international magazines. They have received numerous awards and distinctions both in Mexico and abroad.