The idea of the project was create a kitchen with an open concept. The client wanted that the kitchen doesn’t look like a conventional kitchen, they want an space elegant and clean and they didn’t want the home appliances be at first sight. But rather everything look like a unit 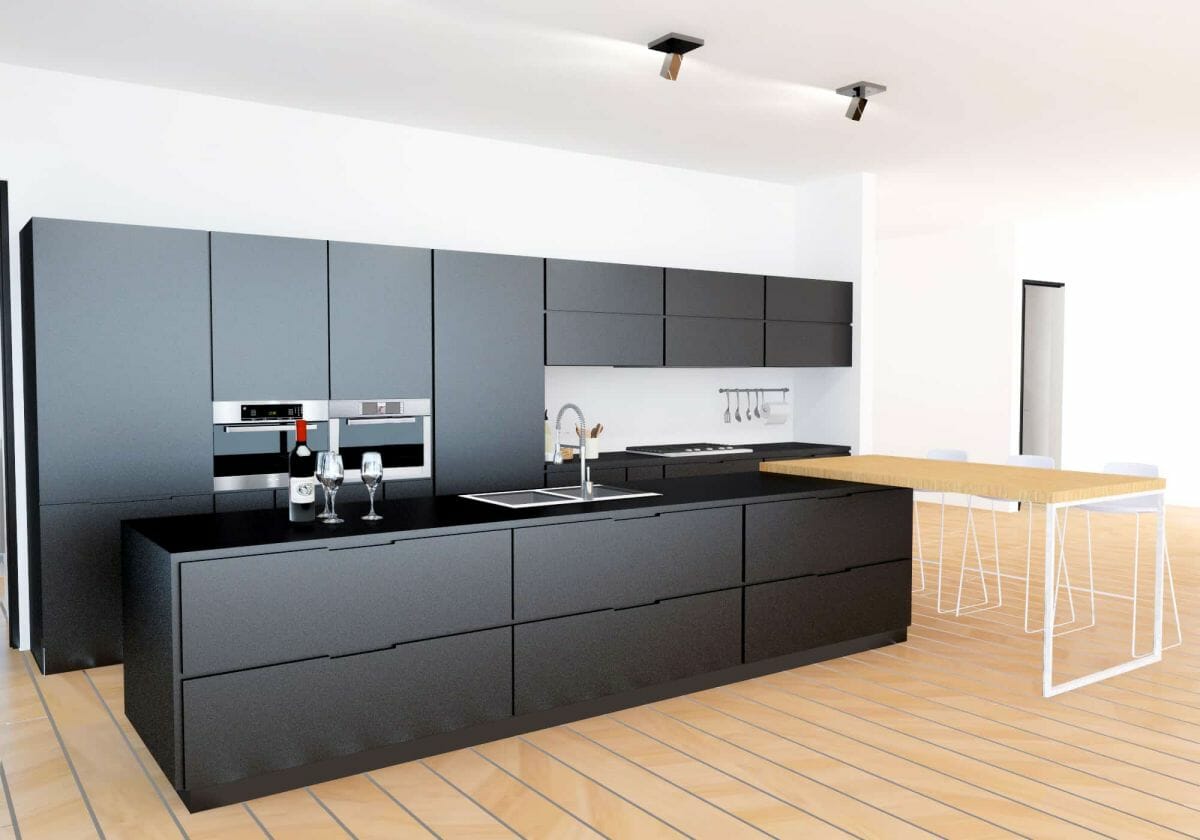 The idea of the project was create a space for a family of five. The family wanted the kitchen with an open concept, because the idea is when someone is cooking the whole family could share time and experiences in this space. Also the kitchen is a space to share with people really close to the family nucleus, not for nothing the people say the living room is for guests but the kitchen is for friends. This family have the idea the people who enter to the apartment is close to the family and the space of the kitchen and living room is to share with them 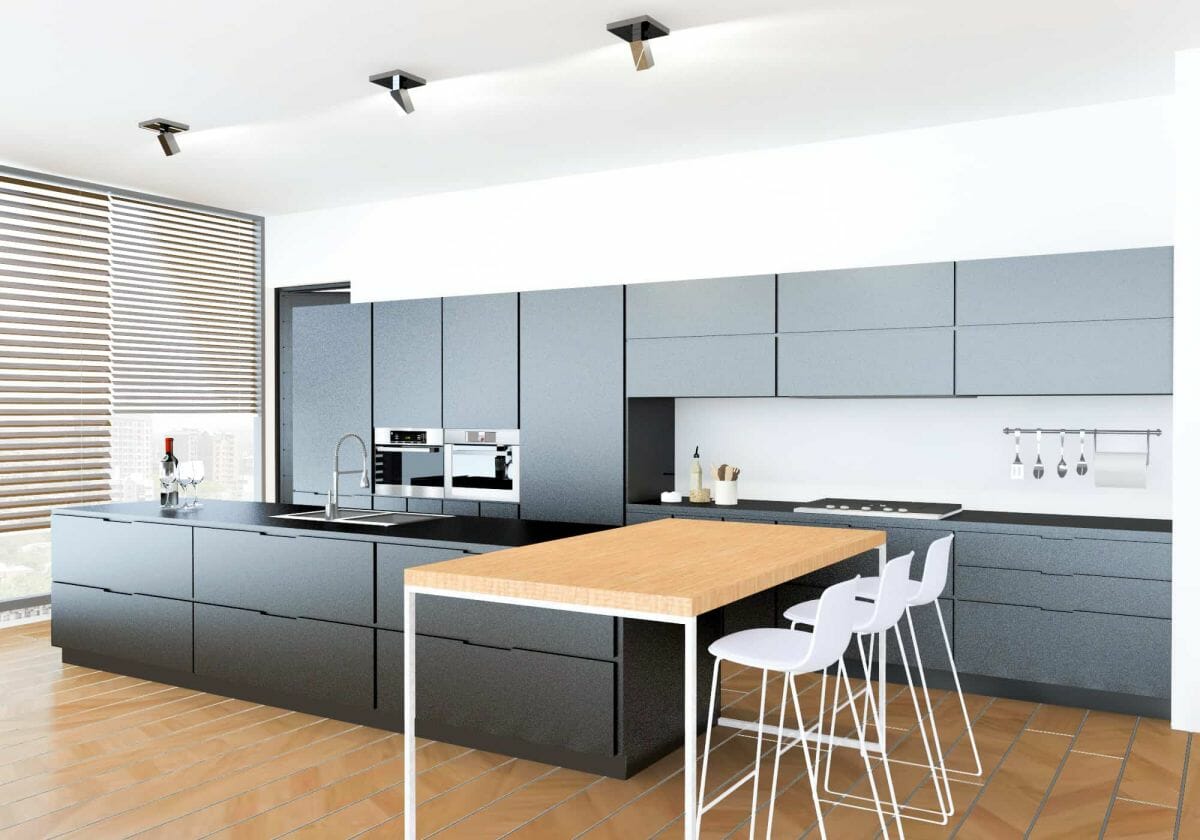 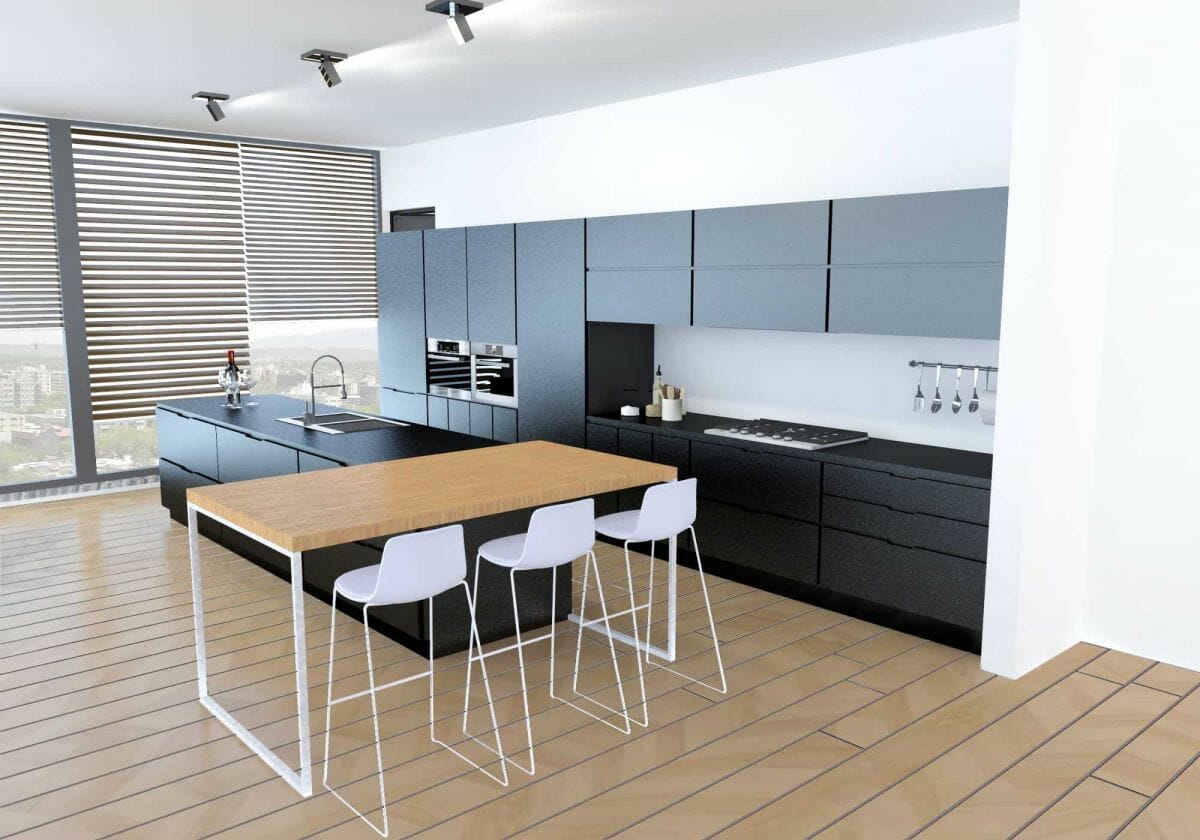 I chose the style of cooking with the client. First, I knew the space for the drawings and the client showed me the style he wants with the photos, at first she wanted a blank space. the most important thing was that the family did not want the kitchen to look like a conventional kitchen. They wanted a kitchen with style, and they did not want appliances like the refrigerator to sigh. So first I decided that white was not the indicated color, because there is no contrast in space, so I chose black, and the client loves the color because of the contrast. On the other hand, I chose panelables appliances, in this way the appliances were not seen, however, the customers decided they wanted to see the ovens and finally the kitchen island was made with the integrated wooden bar and with the sink in it 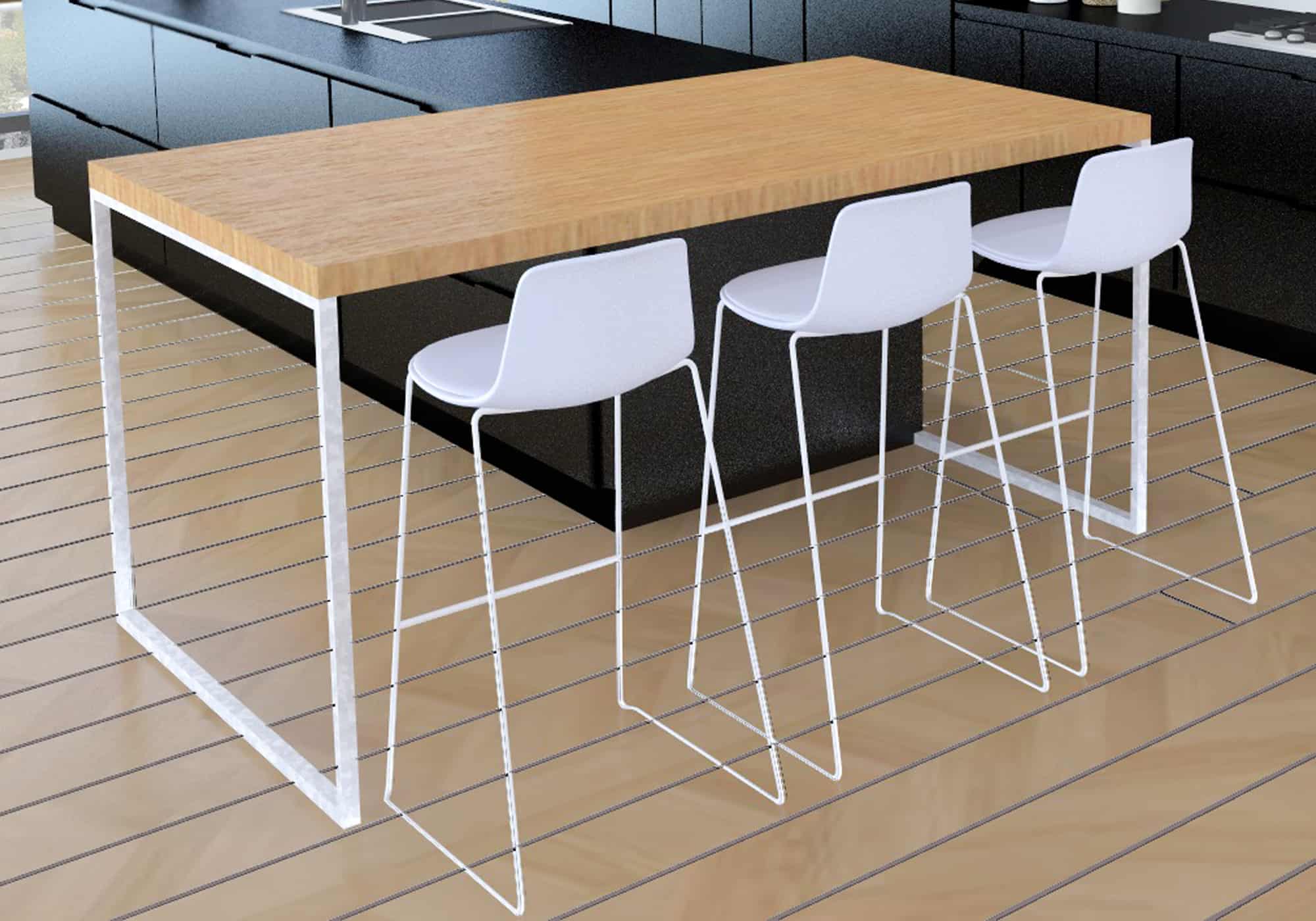 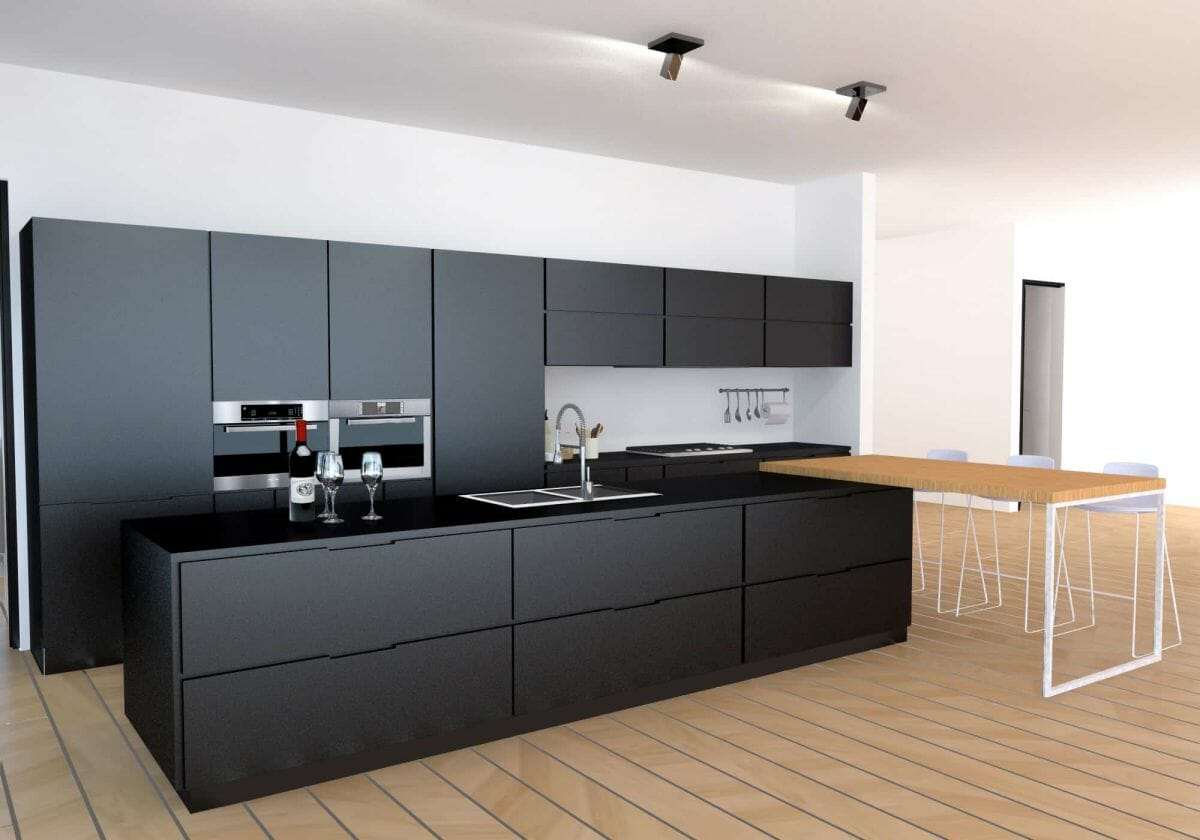 The client loves the project. and they love how I represent the space. The truth is that I never designed such a kitchen and it was a good experience, I had to look for many references, but it was good because it helps creativity and I learned many new things I did not know. The responsibility of creating a space in 3D is that when we create it, it has to be as close to reality, because in a model we can create something impossible, but the truth is that if it is something that will be built in real life, We have the responsibility to make it possible to do it

Hi! I'm Paula Bermúdez, i'm an architect from Colombia. I have a bachelor’s degree in Architecture and I have a Professional Technician degree in Architectural, My speciality is 3d modeling, and photorealistic rendering. I use sketchup, vray, atlantis, Rhinoceros and photoshop I'm available for commissions. Contact me with any questions about my services.