Visualization hall in a two-story house. The rooms are in shades of gray.
Many do not attach importance to the hallway, as they spend little time in it. Certainly this is a big mistake. Hall should be no less comfortable than the room.

The project is a large hall. It was made for a family of 5 living in Ukraine. The owners of the house really like the modern style and gray. Therefore the hall is made in gray tons.

Many do not attach importance to the hallway, as they spend little time in it. Certainly this is a big mistake. Hall should be no less comfortable than the room.

Above all exactly from the hall begin the first impressions of the house.
Above all this house has three halls. On the pictures we can see only two halls. One on the ground floor and second on the second floor. 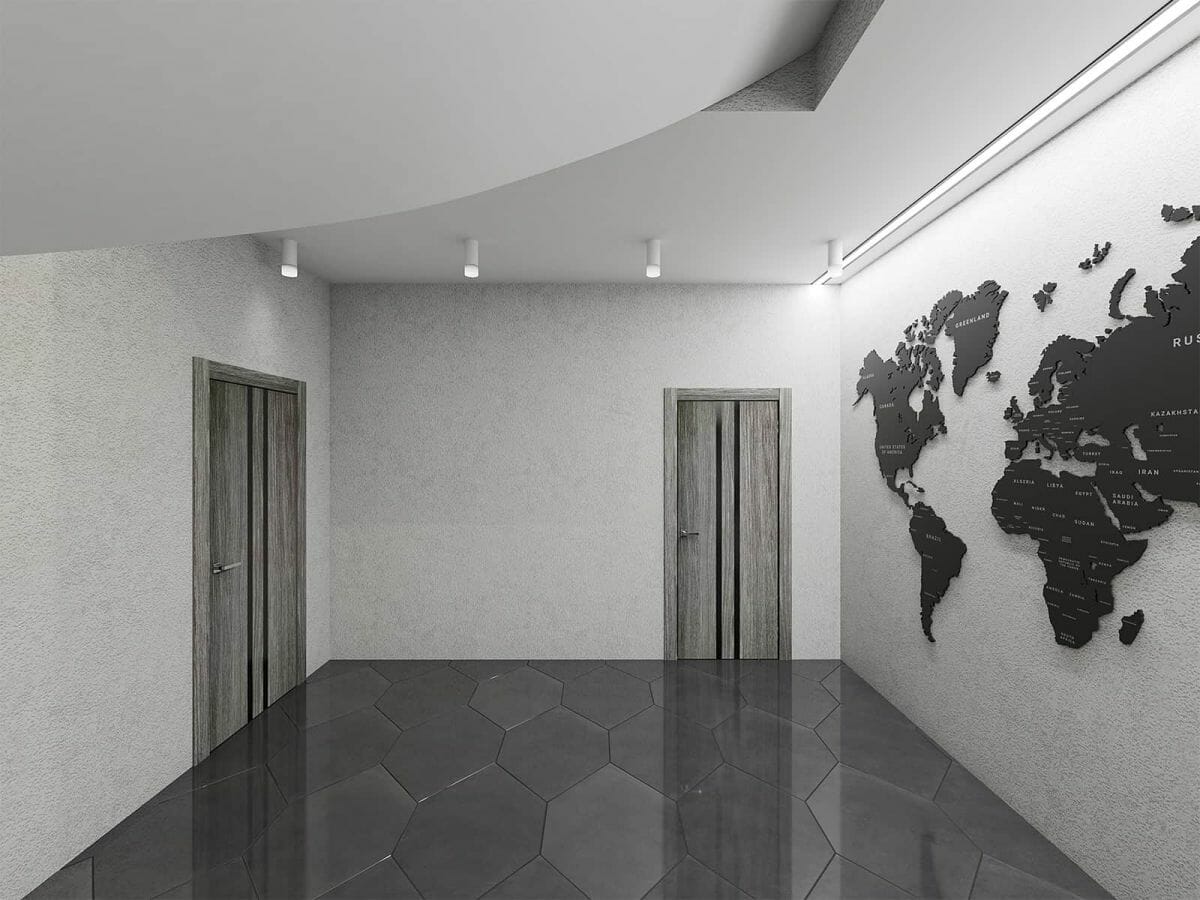 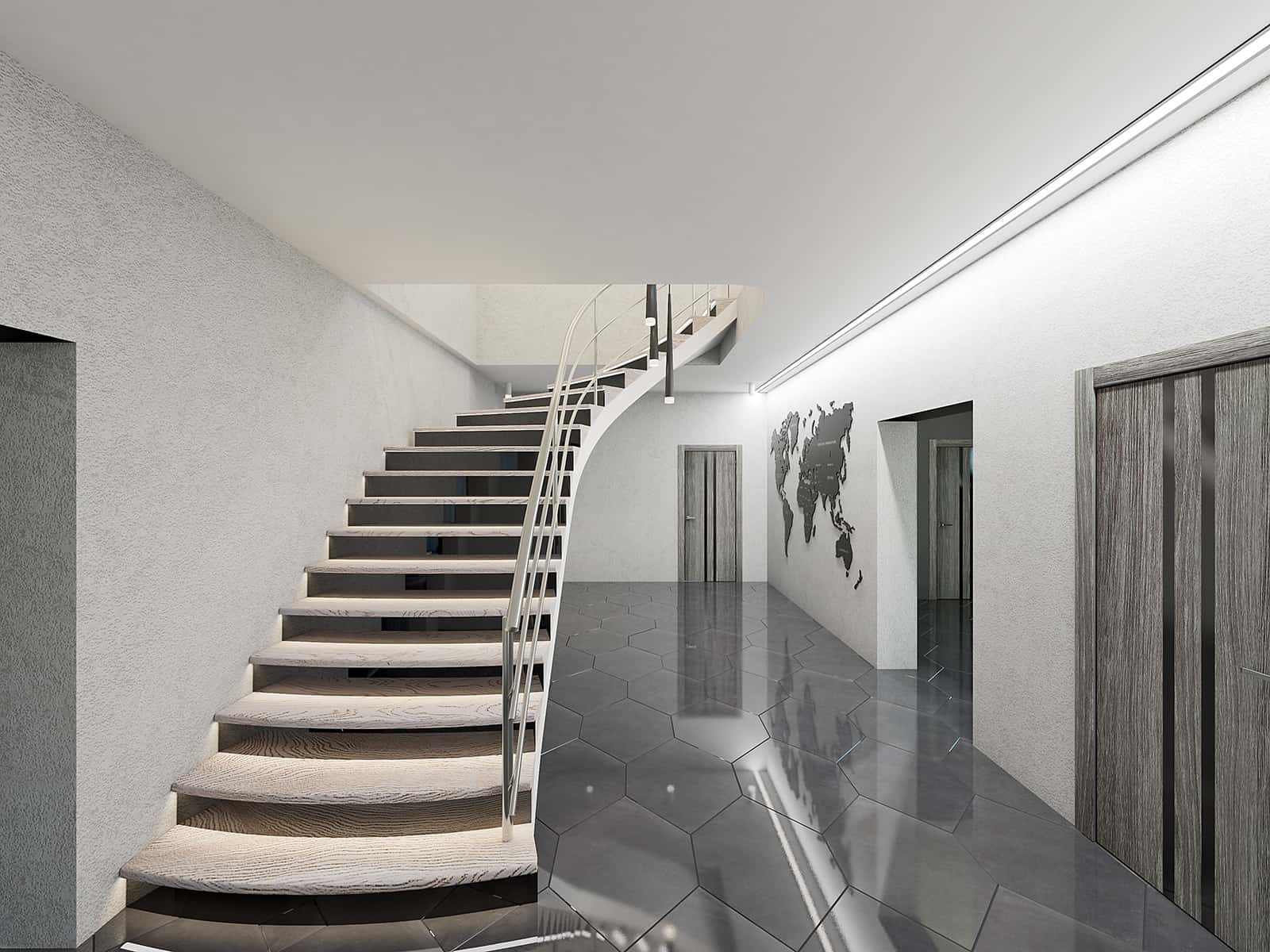 Style and color were determined by the owners of the house. Materials were selected based on the financial capabilities of the customer. The designer himself came up with the interior. It is also guided by the subsequent trends in the world of interior.

HALL FIRST FLOOR
On visualization hall of the first floor, you can see very well that it is not small. The tile is dark gray, glossy and unusual shape, which gives the charm of this room. Rounded staircase and steps illuminated linear lighting. Above all the ends of the steps are made of toned glass. The room is lit by eight spotlights. The same light comes from a linear strip. Of course the main idea of the designer was to make the room interesting. On one side, the designer posted a large black and white map of the world. Of course it is very modern.

HALL SECOND FLOOR
Climbing the stairs, we find ourselves in the hall of the second floor. You see a large window in the room. On the second floor there is also access to the terrace. Near the window the designer placed a glass table and four modern chairs in two colors. Above all on the floor lies a neutral mat. All done in restrained colors. And most importantly, a large chandelier hanging from the second to the first floor. It perfectly complements the interior. 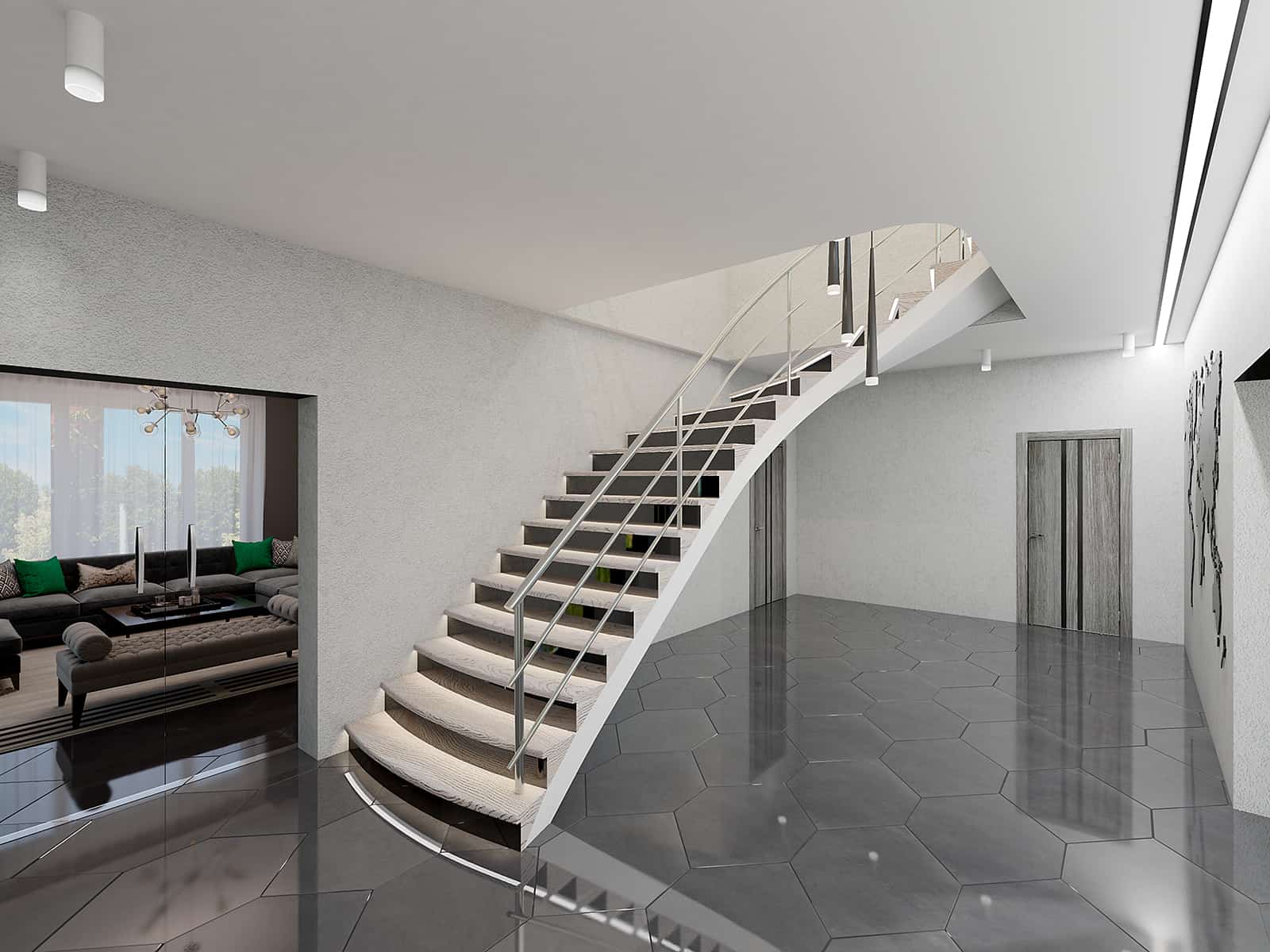 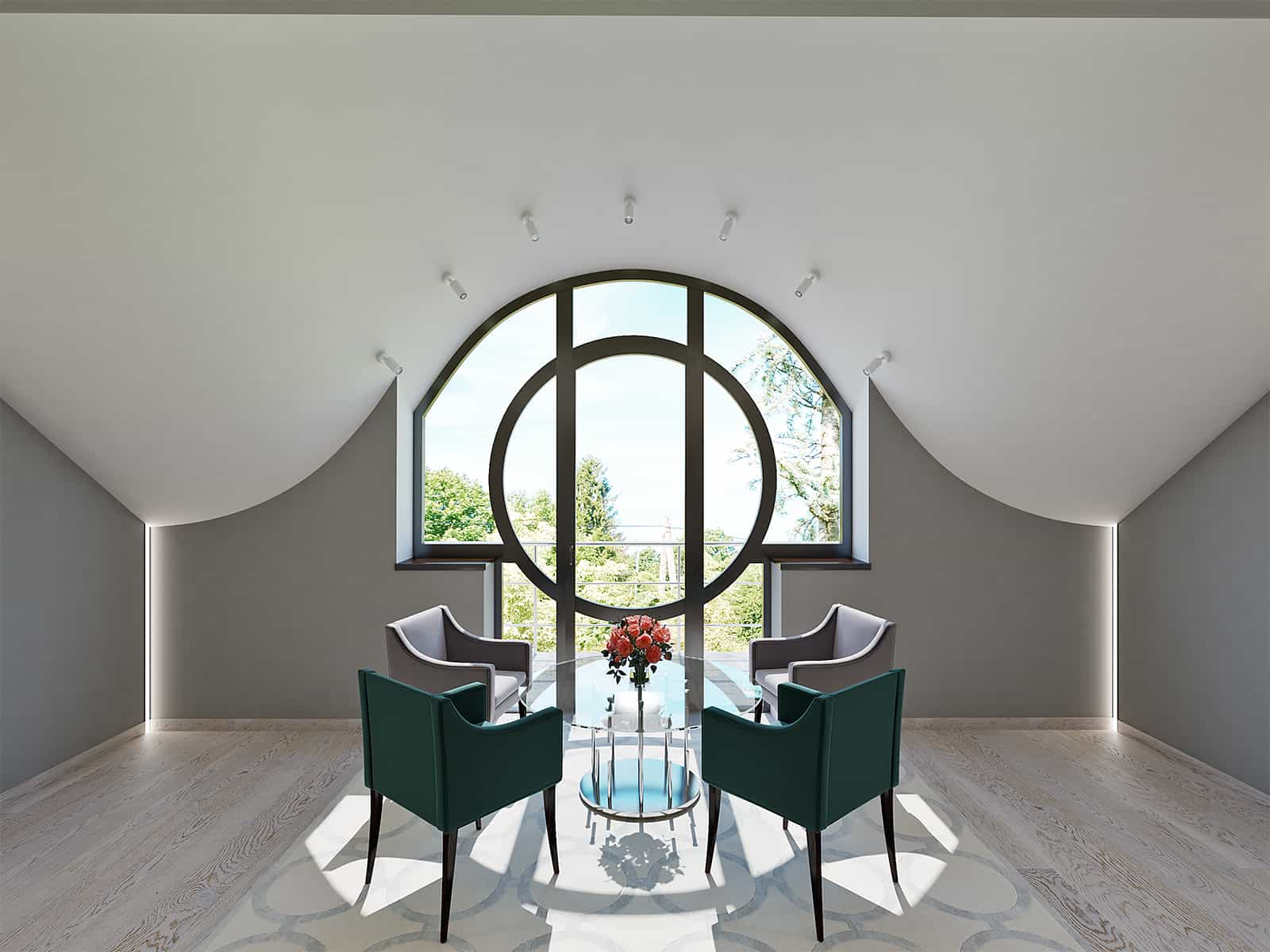 The owners of the house really liked the design and they now recommend our studio to their friends. Many people liked the idea of a full-world map of the world and a large chandelier on two floors. And it really looks modern. 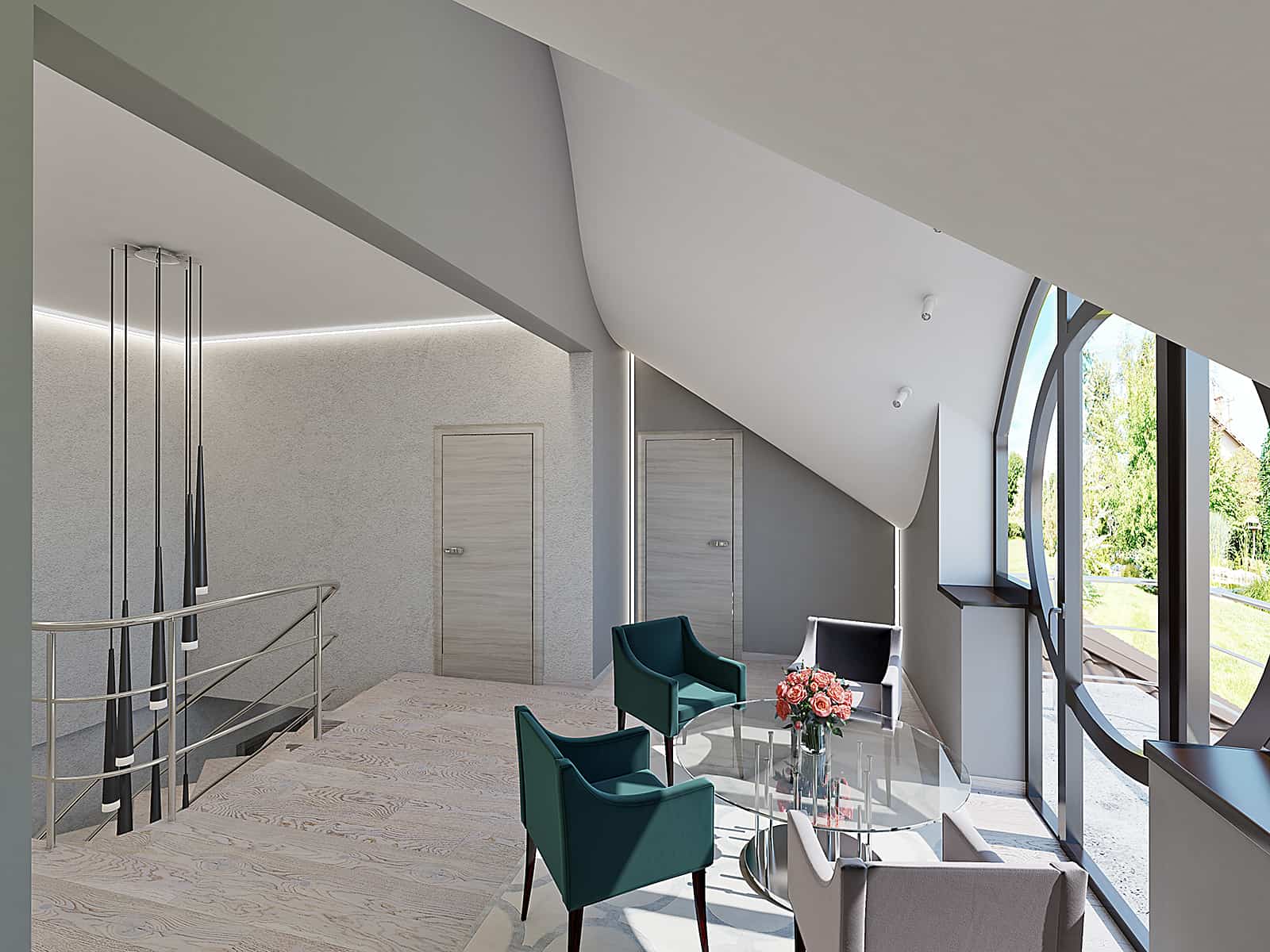 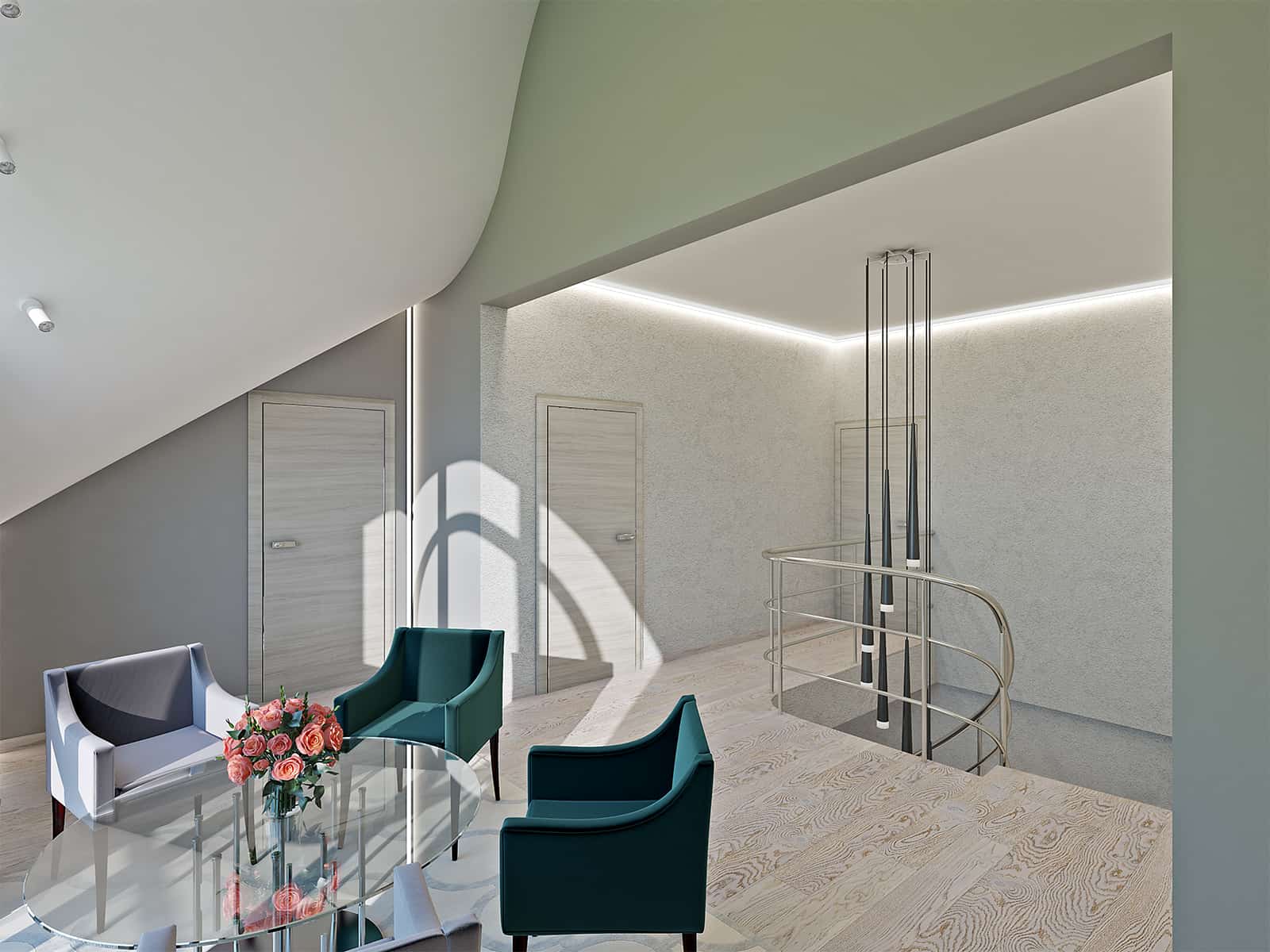 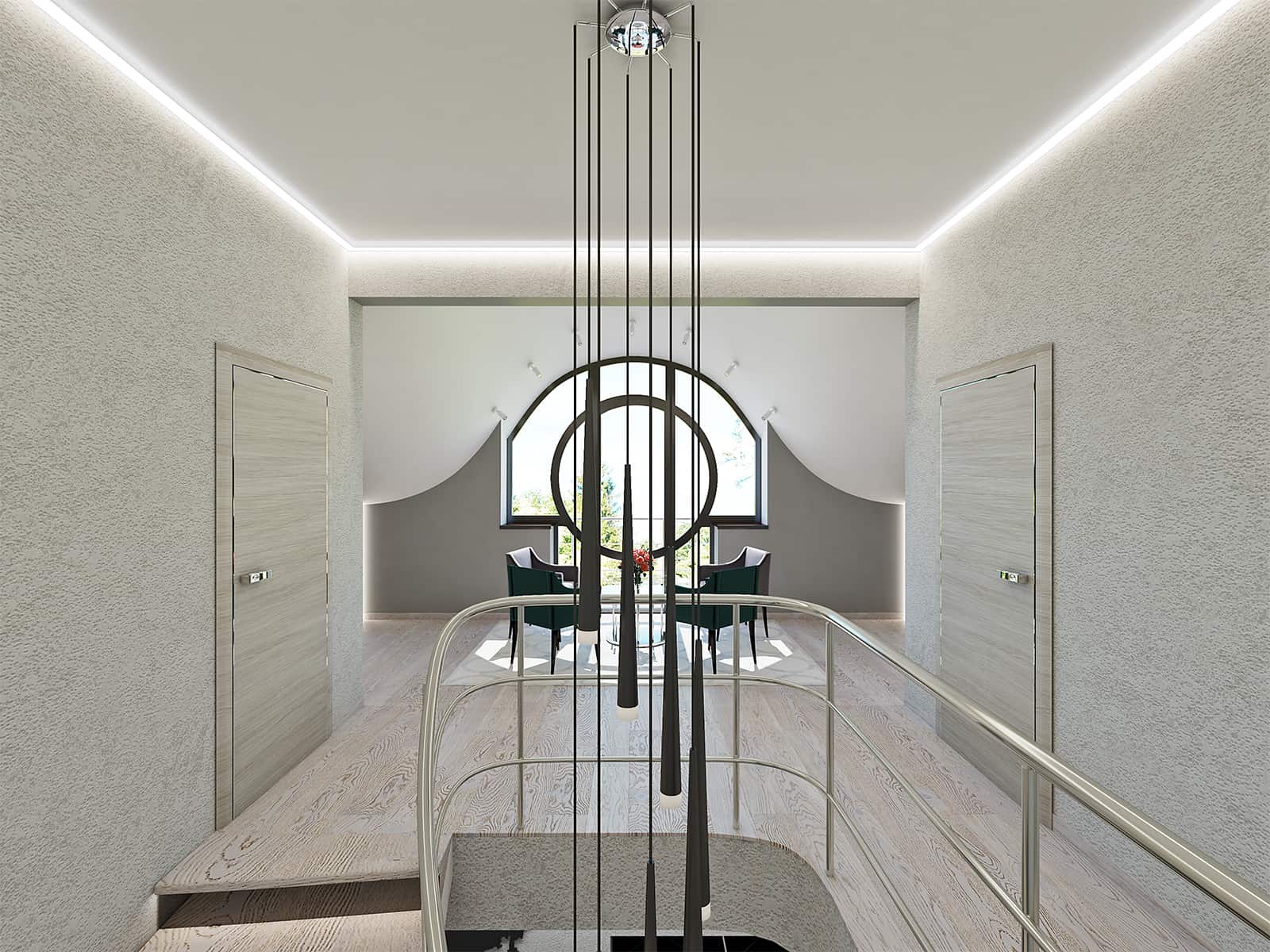 Visavj is a complex of visual solutions for real estate promotion.